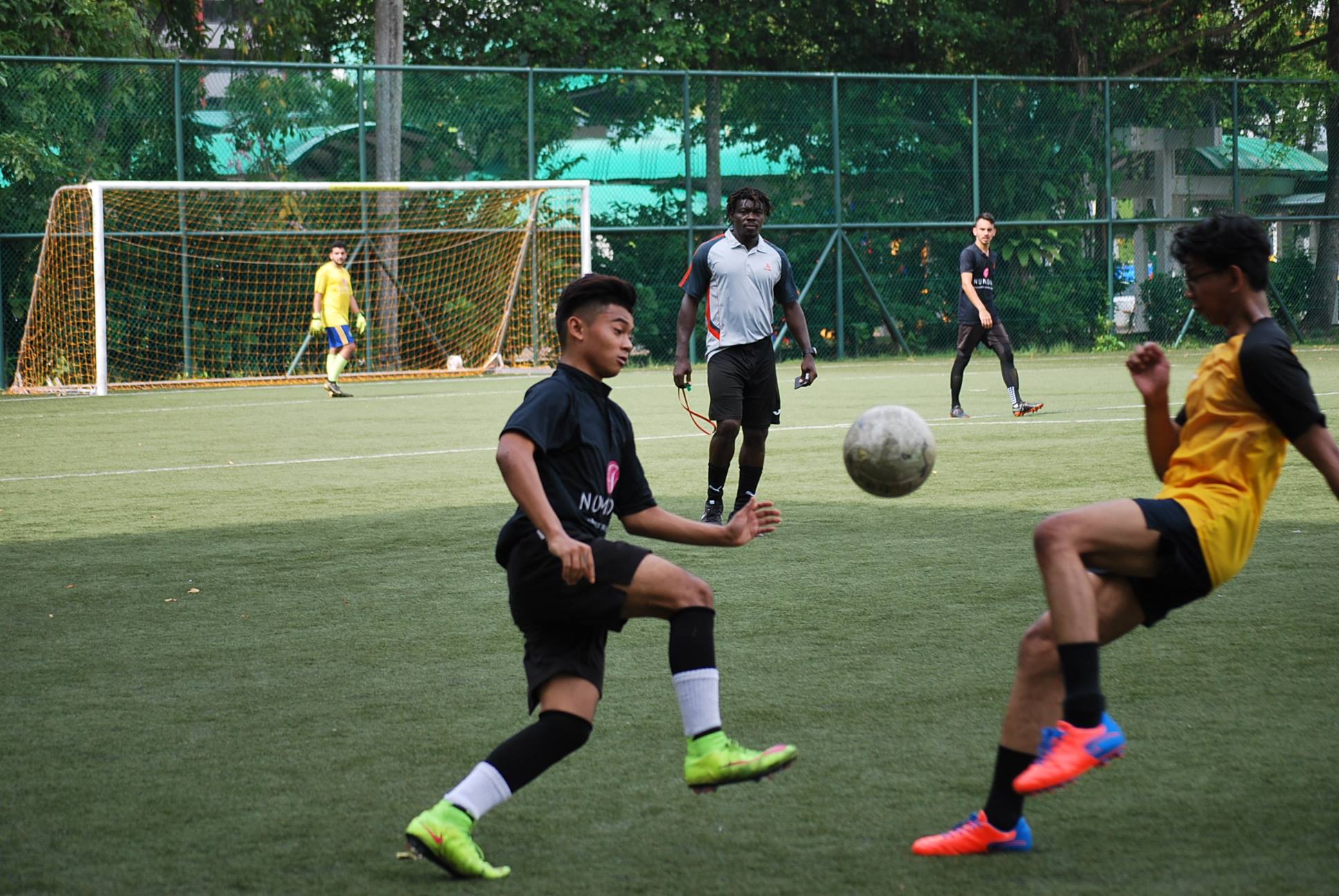 In a season full of mysterious aftermaths each week, every little headway goes a long way for Hilderinc FC as they played out a “noisy” 0-0 draw against a garrulous Fighting Cocks FC side in the ESPZEN Saturday Division 1.

Fresh from their 5th Annual General Meeting and jolly with the announcement that the famous Muddy Murphy’s will be the Club new sponsors and clubhouse, the Blacks were further enthused by the solid turnout as several of the players returned to action after a prolonged absence, as it has been an undeniable truth that their campaign has suffered greatly with reedy matchday numbers, and none so than the reverse fixture against the Vietnamese back in November when they fell in the final 7minutes after having played with 11 men for much of the game.

Though with a full complement this time around, the lineup consisted of five were lacking in significant game time and a debutant who himself was playing his first game in over a year after injury.

Without couple of mainstays, especially in the middle of the park, the Blacks altered the formation from their usual to play to the strength that was present, meaning a maiden foray in the colours for Sam Bignell as a centre-forward, while Sunny Tharidu and Samuel Lalramnghaka helmed the midfield spot as a pair for the first time.

More than the shuffled pack, the Hilderincs were discomforted by the cantankerous opponents who apart from focusing their attention on keeping them on the backfoot in the opening minutes, dished out a brand of tetchy football, something that they have become infamous in ESPZEN, perhaps it is a cultural thing altogether.

However, the Blacks would count themselves highly fortunate not to go a goal behind early in the game when a shot bounced of the both uprights after strolling the goalline, with everyone rooted to the ground, but that was the closest both teams came to breaking the deadlock throughout the afternoon.

While the Hilderincs vastly developed as the game went on, keeping the ball in the Cocks’ half for prolonged period with their high pressing and defending from the front, they were unable to make the most of the positive build-up play, coming short in the final application.

The second half produced several match winning opportunities for the Hilderincs, who to their credit, did not look that they will lose the game, especially with a well-worked backline, even in a couple of nervous moments, but were lacking in composure when a they were faced with the goal for the taking.

It was an interesting experience nonetheless for the Hilderincs who were in witness for some rather peculiar scenes which would well resemble a fish market somewhere as they struggle to even hear themselves think in all that opposition clamour towards the end (It will be interesting to LISTEN to the video footage), and not to mentioned the three injuries they picked up in matter of minutes after over the board challenges, all of which went unpunished, even a couple of boot to the face earlier in the first half.

However, at the end of day, it was a question of if the Hilderincs had gained a point or lost two in their fight for Division 1 survival, but though it at times felt like the latter, it might prove to be valuable at the end of the season.