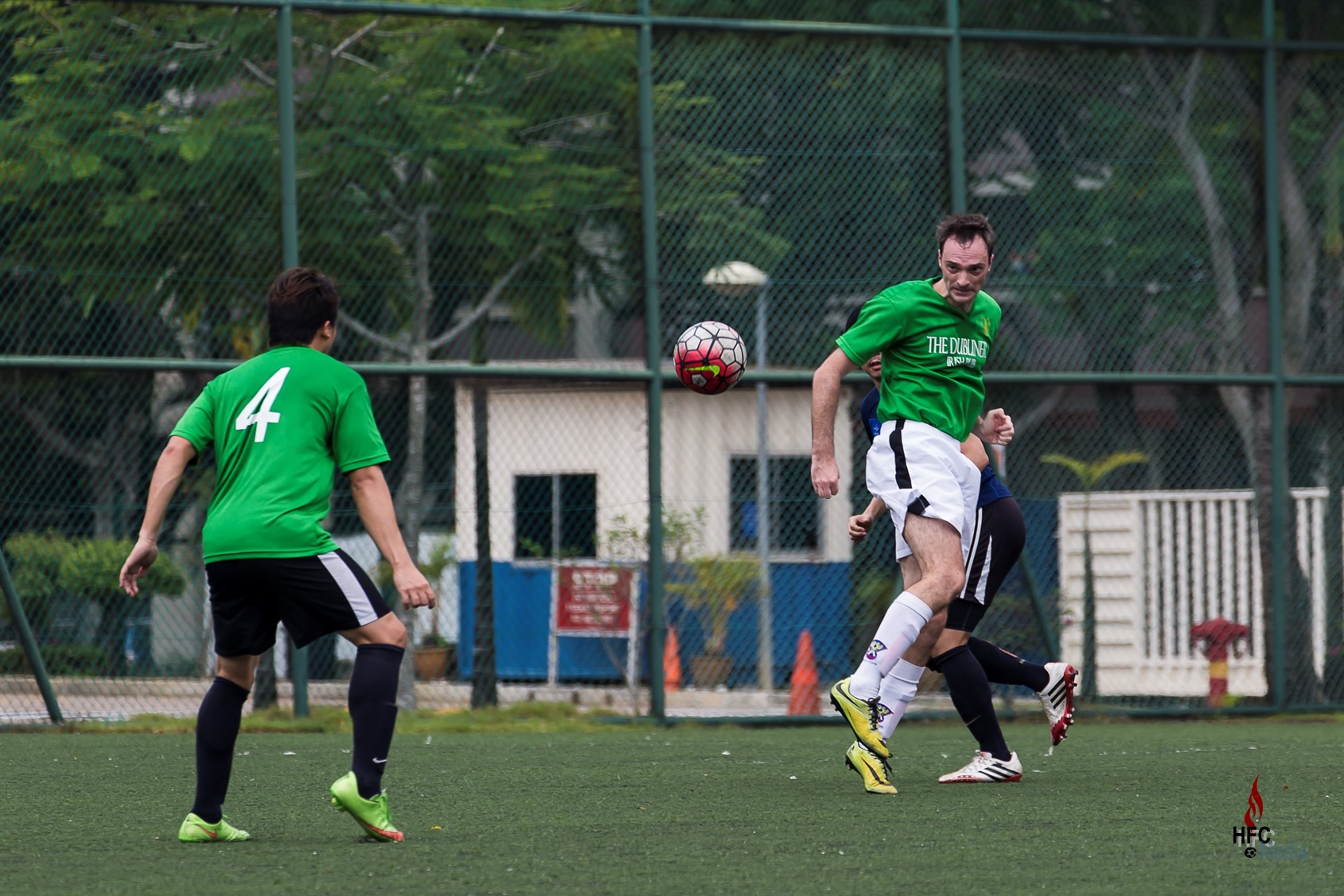 In what had the semblance to an extensive pre-season programme, Hilderinc FC concluded their three game Merlion Sports City friendly sequence in a peculiar ESPZEN Sunday League campaign, which has seen them yet to reach the midway point despite having kicked-off back in March 2016.

Owning to four league games being reduced because of the suddenly withdrawal of FC Alzya and Coalition FC, coupled with postponements due to various other reasons, it would be safe to say that the Blacks have yet to even hit the trail running in terms of the league, in which they find themselves, disproportionately, at the foot of the Division 4 table, only for the reason that they have played the least number of games compared to their rivals.

Despite having not played successive league games since the 6th and 13th March, this was theirfourth friendly game since their last competitive fixture back in mid-June, and HFC had taken full opportunity to maximise this with objectively planned friendlies, the last of which was against Black Knight FC, whom they outclassed two weeks ago.

However, the Blacks faced a different proposition in the re-match as the Knights were keen to make up for their earlier dismantling, assembling a much stronger line-up against a Hilderinc side which included Dutch debutant, Omar Mahnin, while Parthiban Aruchamy continued his renaissance in goal, and Nicolas Scribe in an experimental right fullback role, complementing a side that has been building a settled core in recent weeks.

The early exchanges were unfluctuating, though the Blacks showed more poise in dealing with the Knights’ intent while they sought the initiative themselves, on a strange pitch which epitomised the notion that the grass is always greener on the other side.

It took the Hilderincs inside nine minutes to take the lead following an impressive passage of play as they moved the ball swiftly to open the Knights up before Fernando Carrgeal applied the finishing touches to Logaraj Sundram’s cross for this first Hilderinc goal.

The Knights responded in kind, and could have levelled the score soon after with a spectacular overhead kick but Parthiban Aruchamy, who has been serious in staking his claim for a permanent role between the sticks, replied with an equally impressive reflexive save to add to his growing plaudits.

Equally imposing was Nicolas Scribe, who looked a natural part in the fullback role, bombing forward at every opportunity, while carting out his defensive duties with little fuss as the Blacks commanded the game with their measured display.

However against the run of play, Black Knight FC found a way back into the game when the Hilderincs failed to close down an inoffensive and tricky attempt, unduly levelling the score midway through the half.

In an effort to hit back right away, the Blacks were found themselves hurrying needlessly, leaving incomplete passes and ineffective approach along their path, allowing themselves to be tested by the opponents deep in their own quarter.

Matters were compounded when they fell behind after a freekick, which against better judgement, was allowed to breach the defensive wall, leaving the Hilderincs searching for answers after they had been the better team for much of the half, though Omar Mahnin could have made an instant impact when his quick reaction shot sneaked wide of the angle of the goal after good delivery into the box by Nicolas Scribe.

The second period was largely played in the Knights’ half as the Blacks sought a way back into the game with high pressing which denied the opponents time on the ball to create any meaningful threat.

The pressure finally paid dividends after Mathew Joseph forced the Knights to concede a penalty after his shot was handled inside the box, leaving Sam Thorley to make no mistake with a well-executed spot-kick to equalise.

Long range efforts from Bayu Tanmizi and Sunny Tharidu, along with chances for Rahmat Saring and Ian Morris were the closest the Hilderincs came to snatching the lead but a score draw was an satisfactory result for the Blacks, who will consider this as a dress rehearsal of sorts for their encounter against5 perianal rivals, Predators FC, whom they will face back to back next.

Though past history will caution them against any complacency, especially when getting maximum points in their remaining six games will now be the ultimate objective for the Hilderincs from now till end of the season.