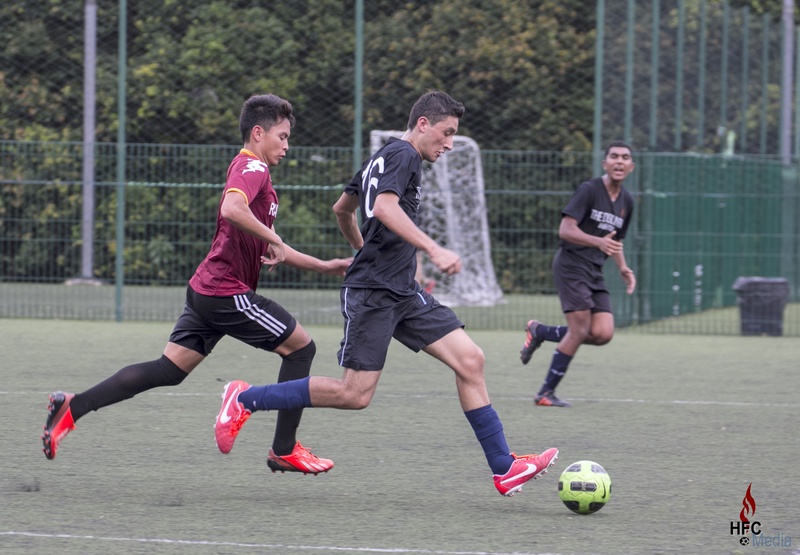 What difference a week makes in football as Harvester FC who topped the Division 10 table before kick off last Sunday takes on current league leader Vietnam FC in the battle of the early pace setters.

With the Blacks dropped to third after last weekend’s surprise defeat at the hands of Santiago FC, they now face the Reds with several playersmissing especially in defence.

So much so that they have called upon former Black and last season’s key performer, Stanley Goh to make a special appearance for this tight contest against a team that boost the division’s only 100% win record.

Stanley Goh is set to be reunited with the other half of the once famed Twin Towers, Kavin Singh as Ang Peng Chong will finally make his competitive debut for the Blacks after pulling out last Sunday due to illness. Leonard Chua also is set to return after missing the last two games.

The Blacks will wait on the status of Ng Zu Yang, MohanaRaj, Kamarul Jalal and Elffie Donohue who remain unconfirmed at press time.

Harvester FC is hoping to Shadiq Al Hussain for his debut as they continue to strengthen the team for the long season ahead.

Anderson Secondary School has beena favourite venue of the Blacks in recent years where they remain unbeaten, winning both games played there with a 5-0 and 6-0 score line.

They will certainly hope that their form there will continue as they seek their way back to the summit of Division 10.