Much Changed Hilderincs Put In The Shift 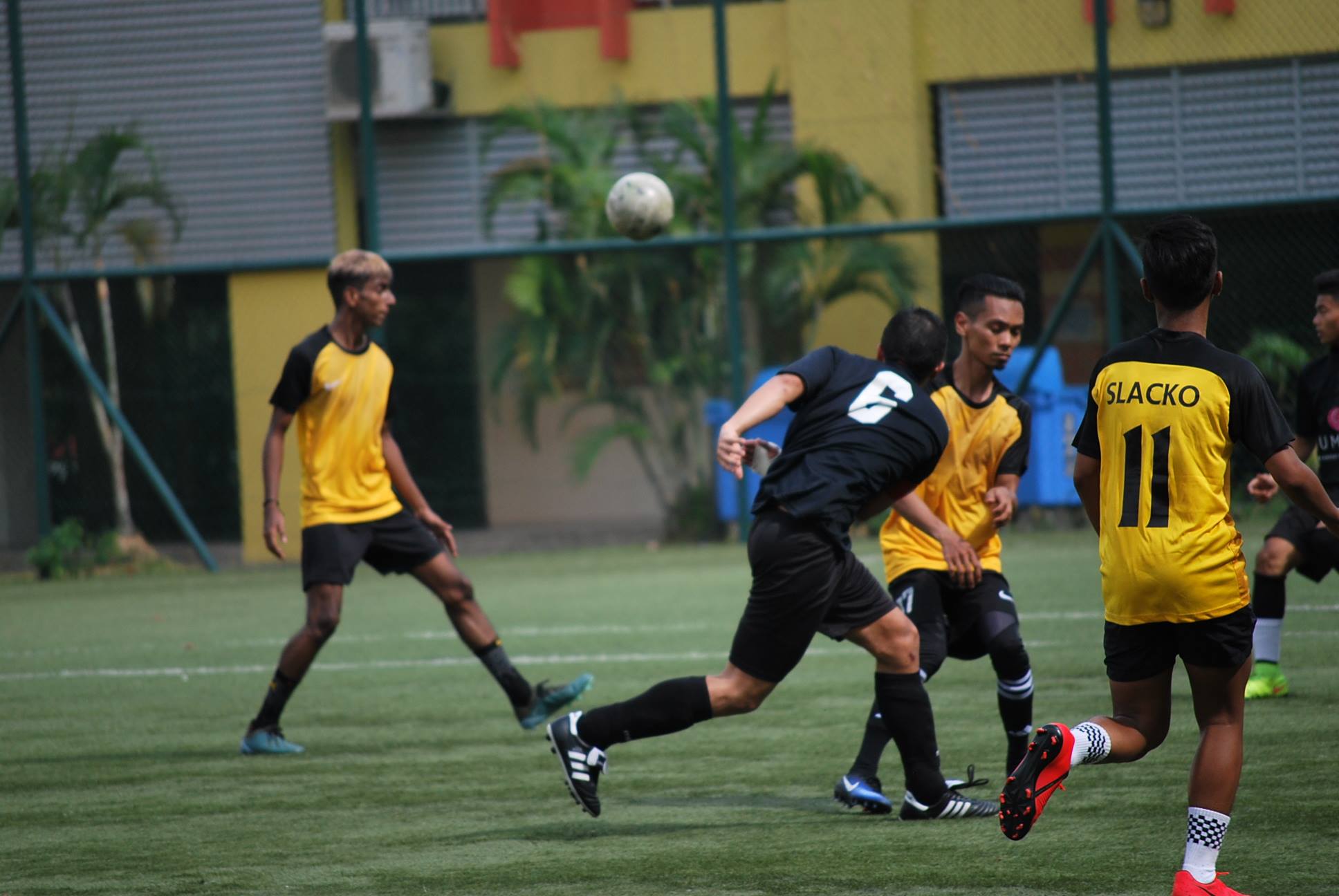 Despite only five of those who started last weekend’s game in the starting line-up for the friendly, a substitute game arranged in place of the postponed league fixture, Hilderinc FC put on a creditable performance against a youthful Apache FC to keep up their progressive improvement with affairs on the pitch.

Though keen to have met Club M in the originally scheduled ESPZEN Saturday League Division 1 tie, the deferment allowed the Blacks to bed in several recent additions, while strengthening further with the introduction of Bryan Simis and Santiago Guerrero, in a less than intense atmosphere, as supposed to a competitive outing, which also saw the return of Gopal Peethambaran between the sticks in a rare outing in the colours for the goalkeeper who has since being focused on his executive position in the Club.

While the game was delayed by a heavy downpour, a rare happening for the Hilderincs whenever they have turned up at this part of the island to play, they almost made an instant impact in the opening couple of minutes when Adrien Kwong tested the Apache backline with a well-taken shot, only to be kept out by last-ditch defending.

However, the Blacks took under ten minutes to edge their noses in front when the ever lively Gabriel Magalhães was apprehend in the box as he ran clear onto goal for the referee to point to the spot, and while it look anything but a penalty in real time, video replays proved that the official was spot on with his call.

And with the regular takers absent, skipper Ian Morris returned to his previously relinquished duties to make no mistake for the opener.

With the backline of Dionisis Kolokotsas, Jegan Krishanmoorthy, Joel See, James Ryall and later Naithan Raheja in superb form, and shielded by an impressive midfield of Bryan Simis, Sam Bignell and Guerrero, all three playing with each other for the very first time, the Hilderincs were watertight at the back, while industrious in the middle and frontline, but though they had several opportunities to extend their lead before the break, they were unable to find the final application to make them count.

It was no different at the restart when the Blacks could have been ahead further inside the first minute, but having found himself in a glorious position inside the box, Gabriel Magalhães fluffed his shot wide.

Marc Trotter, whose cheeky improvisation set up Magalhães earlier, was again the architect of a move than almost reaped the rewards, but his drag back across the face of the goal was not put away by the tardy arrival of Ian Morris at the end of it.

However, the Hilderincs finally got the second when Basil Al Barr, deployed in midfield, won the ball in the middle of the park before teeing Gabriel Magalhães, who more than made up for his earlier miss by finishing on off the post with just five minutes played.

While it was looking comfortable for the Blacks in all departments despite some increased endeavour from the opponents, a mistake by Ian Morris in midfield allowed Apache FC to capitalise against the run of play to half the advantage with an unnecessary goal.

Making amends, the forward restored the Hilderincs two goal lead when he chased down the Apache goalkeeper before pickpocketing him to score from a tight angle.

The Blacks could have added a couple more goals to the tally but with Dionisis Kolokotsas’ shot cleared off the line and Marc Trotter denied by the goalkeeper, they had to settle for a well-earned 3-1 win against a decent side.

Most importantly, it was the highly disciplined and industrious display by all the players, notwithstanding the fresh coming together amongst some, proved to be the greater takeaway than the result in itself.

With the anticipated clash against Mexican Aces coming up next in the league, the mood is buoyant in the camp, especially when the rest of the Blacks set to return to give them the depth they have so missed since June.