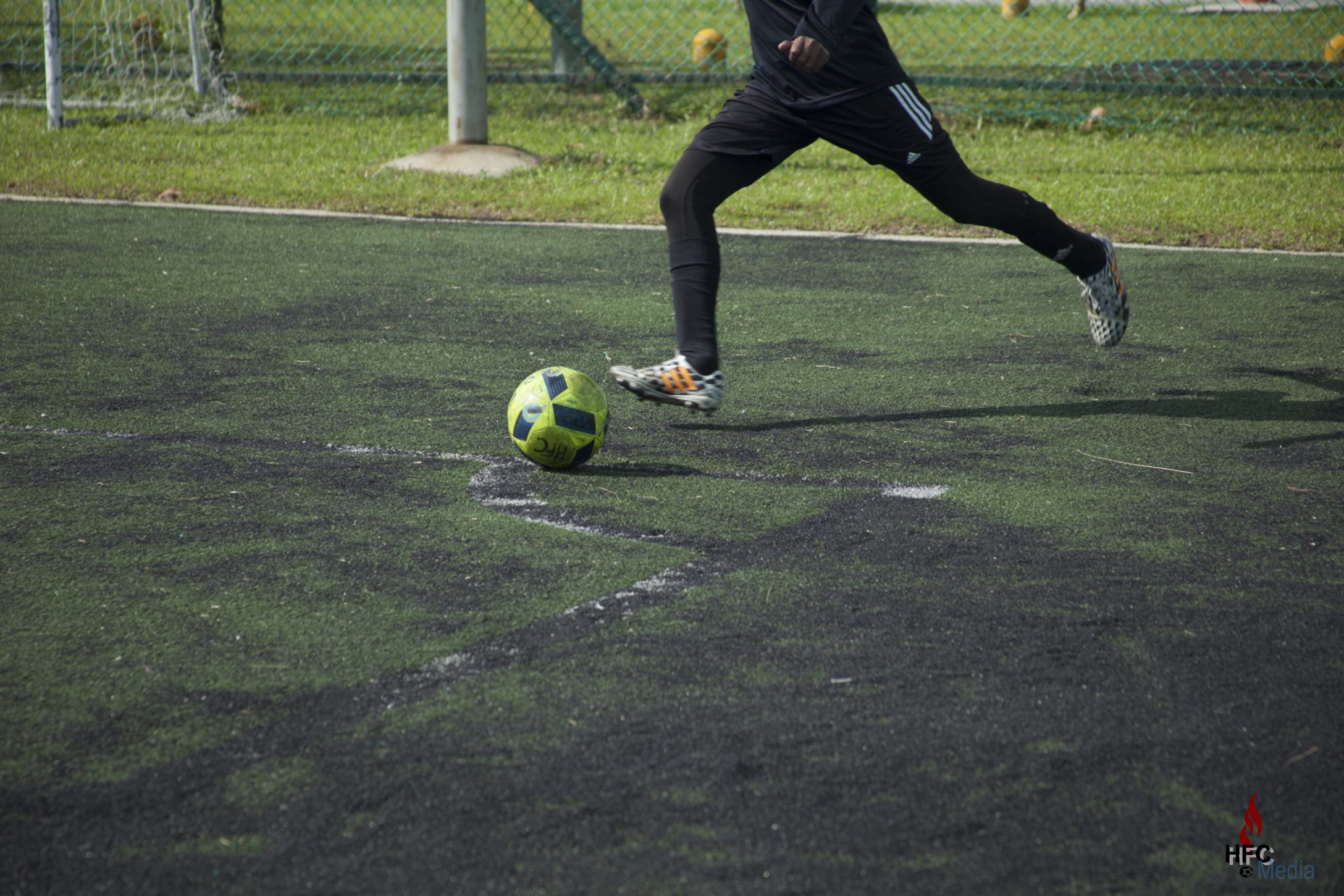 For the second week in succession, Hilderinc FC had to dig in deep with reduced numbers to produce another exceptional display against the odds, as they faced a well-stocked Mexican Aces FC side; and though having led for a good part of the game, the Blacks will feel a tinge of disappointment to have been denied all three points after being held by a goal against the run of play.

With only three outfield substitutes, minus a goalkeeper to call upon, the Hilderincs were drilled to maintain a measured approach as supposed to the fast start the Aces had set on from the start.

Having done their scouting, the Blacks were satisfied with keeping a disciplined foundation to thwart the initial attention, and work their way against the scheme, especially since they were forced into a makeshift midfield and altered forward line, while including Adi Ravikumar and Sanil Khatri from the start after they had missed almost a month between themselves with travel and injury.

Not afforded the luxury of their usual stable of fresh legs, the Blacks had to perform double the work off the ball as much as they did with it, and it was a massive endeavour from the Hilderincs as they neutralised their opponents, with a total team effort from keeper to forwards.

Constantly seeking a quick break with their counter-pressing, the hardworking Blacks were rewarded for the stubbornness when Mika Michalowski, who was sacrificed to preform midfield duties, pickpocket the Aces defender before calmly finding the corner of the goal to give the Hilderincs a lead they very much deserved for their highly professional and focused outlook, a prefect shot in the arm just before the break.

For all their brave exploits, the Blacks looked a little spent in the second period, as they allowed the Aces more time in their half than preferred, while they tried to launch soak and strike spells, which by all means was not the most productive options considering the tiresome nature of that approach.

With the Aces trying to find a way back into the game and sensing that the Hilderincs were tiring, turned on the tempo and they were finally successful in getting the parity when the Blacks failed to deal with a routine play, handing them a level with caused much displeasure.

Not dwelling long on the equaliser, the Blacks were back at their business of trying to regain their lead, and they very nearly found it in sensational manner.

Mika Michalowski, who like the rest of the Hilderincs who were putting in the triple shift, almost saw his name on the billboard with a world class long range strike which was saved by an equally world class save from the Aces keeper, earning equivalent plaudit for both the attempt and the denial.

The Blacks, showing incredible resolve aside from the usual free flowing and fluid football, rose to the occasion in the final ten minutes with their relentless high press, as they forced their opponents in, craving out no less than five late opportunities, but were either denied by defenders or their own tried legs before the conclusion to an engaging game.

While all three points would have been appreciated, the shared honours in difficult circumstances would go some way to give the Hilderincs reasons to be optimistic and buoyant, though next week’s clash with TGA Strollers would require them to dig deep again if expected numbers do not improve.