Hilderincs Turn Up With Brave Display 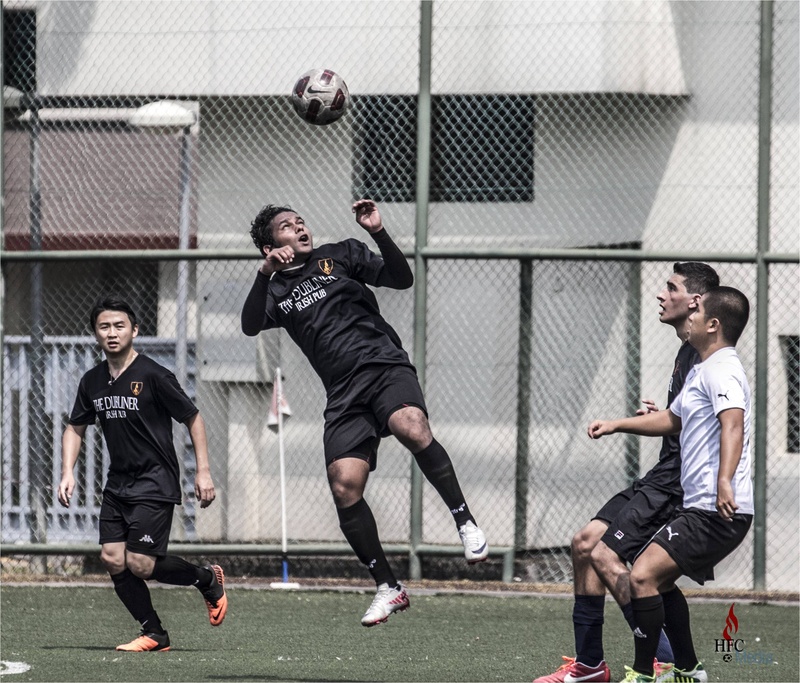 Though it has been a frustrating season in the ESPZEN Saturday League in more than one ways, Hilderinc FC proved they are truly capable of producing fantastic displays on their day as they came from behind to earn a gritty draw against Club M FC in the Division 2 clash.

While a battle against the drop is a revised challenge following bizarre, at times abnormal results, not befitting performances, the Blacks played with focus and determination against a side they were desperate to redeem themselves after they fell 4-2 earlier in the campaign after having led 2-0 until the final minutes of the game.

More importantly, it was for the first time in more than a year that the Hilderincs fielded the same backline for back to back games, one of the tangible explanation for travails of late.

And with consistency of a largely unchanged squad from last weekend, save for the timely addition of debutant Marko Belak, and Colin Thornley returning to the side, the Hilderincs were keen to get the proceedings going.

Differing from their usual formation, the Blacks were, in truth, despite a positive start, were fortunate to survive the opening five minutes after Club M were kept out by the post and goalkeeper, Gopal Peethambaran.

Usually at the receiving end of Lady Luck’s privation of goodwill, the Hilderincs took the let offs in their stride and turned the heat on the opponents, and seized the advantage with their very first foray into the opponents’ six yard box.

Having won the first corner of the game following defence splitting passing, Sam Thorley turned in Ian Morris’ set-piece with a thumping header to put the Hilderincs in the lead inside 12 minutes.

But the lead would last only three minutes as Club M exploited the Blacks’ rare uncertainty to level the score.

The Hilderincs’ response was swift as they took charge and went hard for a quick response.

However, with both team matching each other stride for stride, much attention was spent in the middle of the park, though Marko Belak and Colin Thornley were unfortunate not to get their names in the scoresheet before the break.

The second half started with the Hilderincs on the front foot, and Erdogan Albay got the action going as he came close to giving the Blacks the lead with a well-struck shot that only missed its mark as it dropped behind the crossbar, while further attempts by Sam Thorley and Marko Belak came short of its intentions.

Though the tie was evenly poised, it was a return to same old, same old when Club M took the lead against the run of play, especially when the Hilderincs were having the lion’s share of possession up to that point.

It was instantaneous reaction from the Blacks and should have equalised almost immediately when Erdogan Albay dazzled his way into the M’s box before squaring the prefect ball across goal for anybody to get a touch, but when everyone would have wagered his life on Sam Thorley putting the ball into the back of the net, the normally immaculate midfielder, somehow sent the ball over the crossbar from two yards out to the utter astonishment of all, including those from Club M FC.

Undeterred, the Blacks were soon back on the attacking mode as they virtually encamped inside the opponents’ half, probing for a way through.

And they were duly rewarded for their doggedness when having tried a couple of times earlier, the combination of Colin Thornley and Erdogan Albay finally paid-off after the latter deft header from the former’s long throw-in drew the Blacks level.

Voracious for more, the Hilderincs went for the jugular and came close on a couple of occasions to the winner but had to settle for precious and hard-fought draw.

While the result may have been slightly lesser than what they would have liked, the complete team display was a delight, with every single Hilderinc performed above and beyond themselves.

And whatever happens from now till the end of the season, Hilderinc FC will take this demonstration as a benchmark.