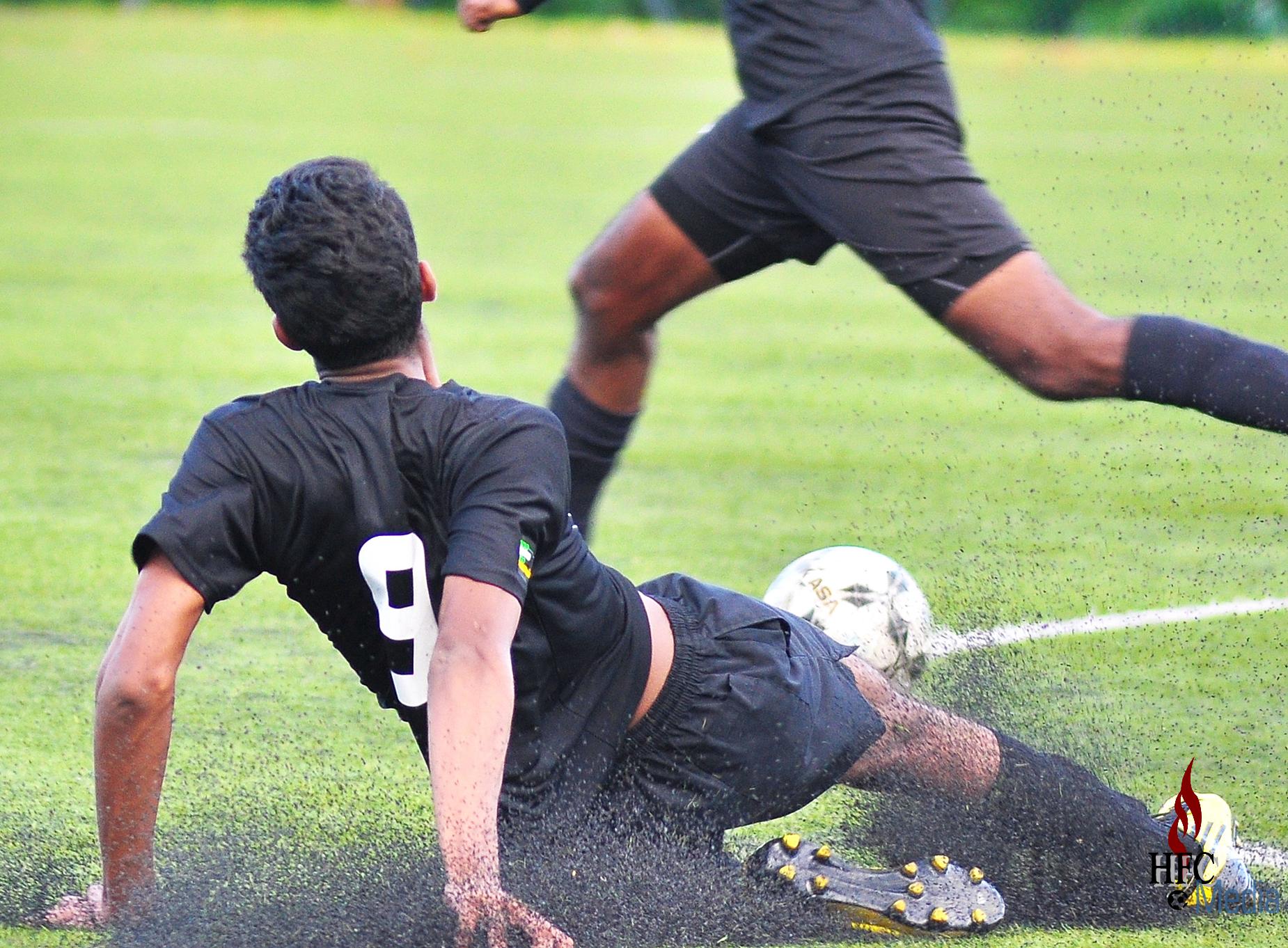 Hilderinc Football Club’s ESPZEN Sunday League swansong ended in a less than desired finish when a mistake ridden first half set the motion for the Blacks’ heaviest defeat of the season in a crazy campaign.

Going into the game in fine form, the Hilderincs’ well thought plans were laid to waste as the Blacks paid the price for an uncharacteristically lethargic start, along with a highly wasteful showing in front of the goal, not to mention another strike against the woodwork, a repeated theme this season, like a monkey on the back.

Failing to the take advantage of the Boys’ habitual tardiness, the Blacks were a strange story, sluggish and on the back foot, they were fortunate not to concede within a minute of kickoff.

When they finally found their equilibrium, a catalogue near misses meant that despite the upturn, the Hilderincs failed to exploit any gain.

Within seconds of missing their third attempt on a trot and much against the run of play, the Blacks found themselves a goal down after they failed to deal with the prominent threat of former Black, Keith Chiang, who again proved to be the bane against his former club.

Things could have been a lot different if Gabir Nabil’s shot had found the favour of the football gods instead of clipping the foot of the post with the Boys keeper spectator to the Egyptian’s footwork.

Just when it looked that the Blacks were asserting themselves, they fell two goal adrift after conceding an imprudent penalty, a second in as many games.

Repeated thereafter, it was the Hilderincs with majority of possession, missed opportunities, punished again by the same combination of errors and the Blacks three nil down before the break.

The notion that it was not going to be their day set in very early in the restart after a luckless own goal knocked the sails off and any slim hopes of a comeback.

Even at four goals down, the Hilderincs threw everything in an unlikeliest bid to claw themselves back into the game.

With their talismanic striker resting, and without any Hilderinc mistakes to profit from, the Boys were trying to hang on to their lead, albeit a comfortable one, allowing the Blacks to dominate the minutes.

However, for all the industry and resolve against the odds, the damage was already done in the first half, and the Blacks were unable to reverse the fortunate as much as they heroically tried.

Hence the Hilderincs’ ESPZEN Sunday League adventure comes to an end after five years and nine seasons later as the Blacks will now focus on preparing for the next milestone.

Hilderinc Football Club will announce their next move in the coming weeks.