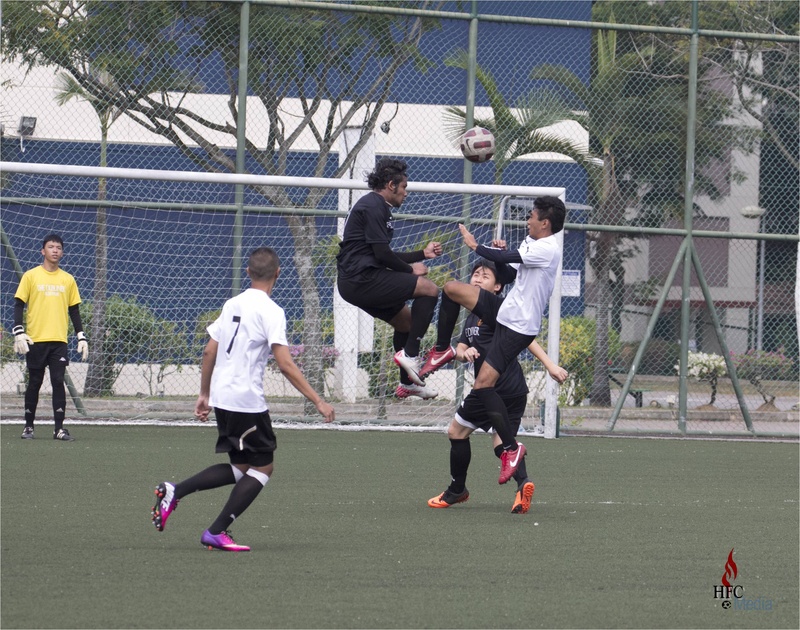 With the season drawing to a close, Hilderinc FC maintained their belated push for the top three in the ESPZEN Sunday League 24 Division 4 table with an impressive win over arch rivals, Singapore Panthers FC, in a pulsating game.

True to the fact that there has been never a dull moment when these two teams meet, the highly competitive but mutually esteemed duo produced another nail-biting encounter, though both wereleft with seeking bragging right as oppose to their tradition fight for honours.

Though the Blacks’ pre-match preparations were dealt a disruption with eleventh hour injury and commitment induced withdrawals, their recent strength in core meant that they had enough in their ranks for a positive outcome.

And the Hilderincs were off to a flyer when they took the lead in the second minute after Omar Mahnin picked his spot in the top right corner after the Blacks had total possession right from kickoff with the Panthers having hardly a sniff of the ball.

Giving no reprieve to the Panthers’ sluggish start, the Hilderincs pressed high, drawing uncharacteristic mistakes as they came close to extending their lead with several attempts from Gabir Nabil, Rahmat Saring and Omar Mahnin; while Sam Thorley came closest with a well worked training ground freekick, which the defender for the day was unfortunate not to score from.

Despite of their dominant control and the Panthers’ limited effect, the Blacks found themselves pegged back after conceding a needless a penalty due to a wild handball, though in defence, more of careless instinct than malicious intent.

With the game going into a sterile passage of play with both teams descending into their usual cancelling each other mode, it took a brilliant header from Adib Alias from an Ian Morris corner to give the Hilderincs their lead back just before the break.

If the Blacks were effervescent in the first half, they were a mixed bag of nerves in the restart, as they looked in total contrast to their fluid selves.

Kept in the game by an overworked defence and the feet of Liao Jincai in goal, the Hilderincs lived on the edge until they extended their lead after elder statesmen, Kavin Singh and Ian Morris got involved.

The former’s trademark long throw-in was headed in at the near post by the skipper after he had sneaked behind the defence unattended.

Strengthened by the third goal, the Blacks began to reassert themselves, and were just a level of composure short of adding a couple of goals to the tally, though the misses were guilt-edge, especially when missing with the whole goal at the mercy.

Just when the game looked to have swung back the way of the Hilderincs, having deflated the opponents’ resolve, another frail unforced error let the Panthers needlessly back into the mix for the second time in the game.

Now having to safeguard their lead, the Blacks threw in all the stops to grind through the reminding anxious last quarter of the game.

However, a dug-deep Hilderincs focused to see through the final whistle without any further damage, claiming all three points and notably, for the first time in four seasons, finished ahead of their great rivals, Singapore Panthers FC, going into the final game of a watershed season.