Blacks Stumble After Lapse in Composure 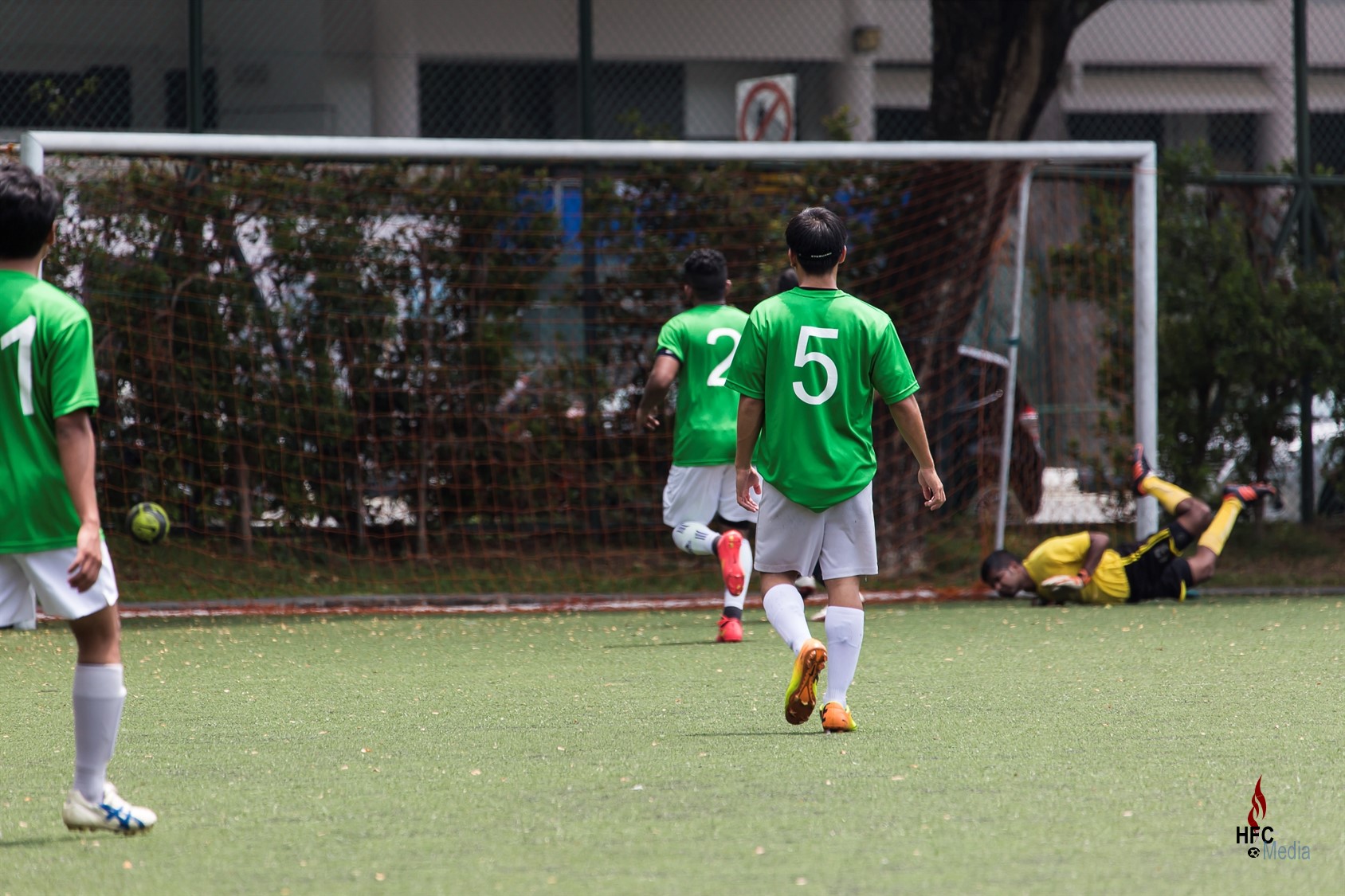 In what was supposed to have been a double bill clash with Division 4 top side, FC Alyza, Hilderinc FC had their ESPZEN Sunday League 24 season further disrupted when the former unexpectedly withdrew from the League at the eleventh hour, leaving the Blacks with a hastily arranged friendly game to content with.

Eager to build upon last Sunday’s impressive display, the Hilderincs were all set to take on an opponent they, against the norm, had enthused about in the run up to matchday.

Buoyant about the quantity and quality equally present, the Blacks, who had several players returning to action after recent absence, were upbeat of their chances of getting a relaxed result.

However, the opening minutes indicated that it was going to be a strenuous afternoon, as Jurong Sikh FC proved dogged in their approach.

While much of the attention was centred at the Sikhs’ half, the Blacks found the breakthrough unyielding, resulting the hurried and unproductive attempts to dislodge the stubborn backline.

Alex Wong’s freekick pushed onto the crossbar was the first sign that the day was going to be a curious one, as both sets of woodwork will go on to have a say about the end result of the game.

Despite the continued pressure, the Hilderincs neglected the occasional threat the Sikhs posed, failing to address their attempted approach for a goal.

And while Parthiban Aruchamy’s reflexes save the Blacks the first time, within minutes they were duly punished were they left their defences unsecure for Jurong Sikhs to sweep in the opener.

As the Hilderincs, in their earnestness, sought for the equaliser, a very fundamental but critical mistake saw them go two goals behind against the run of play yet again as they handed the advantage to the Sikhs on a platter, and continued to live on the edge thereafter, as they seem lost in translation of intent.

The Blacks’ frustration was further compounded when Logaraj Sundram hit the post from close range just before the break after the ball fell to him following a series of desperate Jurong Sikh defending.

Large portions of the second half was spent in incoherent pursuits from both sides but there was little threat to the Sikhs’ lead until they were presented with a fortunate break after Sunny Tharidu’s freekick was dropped by the goalkeeper after Bayu Tanmizi, who reacted fastest, to pull HFC a goal back.

Just when it seem that the Hilderincs were clawing their way back into the game, another error, a fatal one this time around, and strangely, almost a carbon copy of the second knocked them back to where they started.

And as if it was cruelly scripted, the Blacks would go on to hit the crossbar two more times from efforts from Jonathon Mok and Sunny Tharidu, while Sam Thorley was denied as many times in a space of minutes to at least draw level.

Notwithstanding the annoying fact that they lost the game owing to three highly avoidable mistakes of their own doing, the Blacks will take heart that the main objective for these friendly games is to building a cohesive unit, and that comes only through more playing minutes together, especially with new and returning players getting a feel of each other progressively.

While never to take a defeat casually, the Hilderincs will now look forward to their next friendly game a week on Sunday, before the finally return to league action in a fortnight.