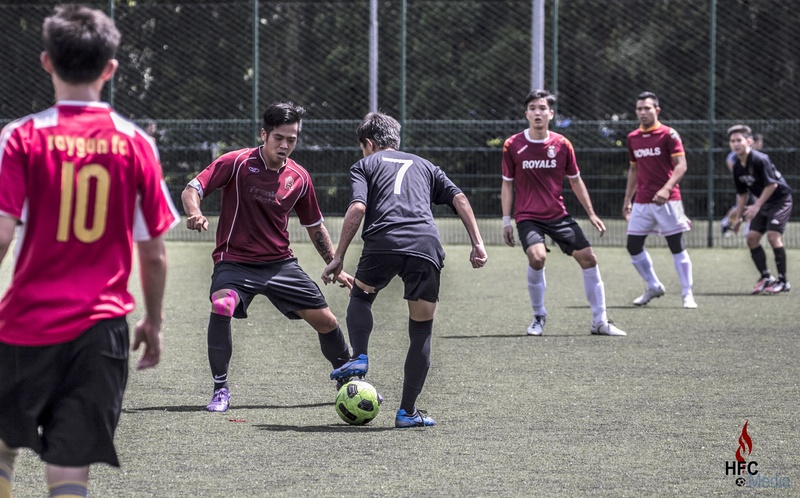 After their frustrating defeat against Oooglee Boys FC last Sunday, when they unduly made their opponents look better than they really were with their uninspiring performance, Hilderinc FC bagged a late winner against Trinity FC in their third Crossroads friendly game series.

Dubbed as a recovery game in which the objective was clear for the Blacks as they sort to revive the momentum lost a week earlier.

Inconsistent to the swell numbers just seven days earlier, the Blacks had to rely on a trio of invited players, which included former Black, Darren Ang, who was making his progressive return to the game after a two year hiatus, and additional, with the long scheduled debutant, Fernando Carrgeal, to bring the team to a match worthy capacity.

Having last played TFC back in 2009, the get-together formalities was swiftly sorted out as both teams got focused on getting the better of each other, with Bayu Tanmizi’s header of a corner being cleared off the line in the early minutes setting the tone.

And it was no surprised that the Hilderincs were soon ahead after a quickly taken freekick inside their own half would find its way to guest player, Mohd Rahmat, via an involuntary but precise assist from Parthian Aruchamy’s stinging chest, for the nippy forward to put the ball pass the Hilderincs very own Club Secretary, Gopal Peethambaran, who was turning out for his church side for the day.

While the rest of the half was unspectacular with the much of the game played in a congested cluster, the Blacks were the better lot and showed good form in defence, with Sam Thorley, Darren Ang, Adib Alias and Parthiban Aruchamy, denying the opponents any sniff of the chance to test Lim Yong Kiat in goal.

If the first half was uneventful, the restart more than made up for it as TFC aroused themselves back into the tie, sensing that a single goal lead was not incontestable by any means.

In a shock to the system, TFC levelled the score inside four minutes, punishing the Blacks for some sloppy defending, when simplicity would have sorted any threat by itself.

However, the Hilderincs were back in the lead within two minutes after Mathew Joseph applied the final touch on the goal line to see the ball through after an Ian Morris’ freekick was bundled inside the box following instinctive pressure from Fernando Carrgeal on the defender and goalkeeper.

The instant reply from the Blacks swung the game back into their favour as they took control, pressing high and keeping TFC inside their own half for extended periods.

Though long range attempts from Satoki Yoshida and Bayu Tanmizi, and the acrobatics from Ian Morris threaten to add to the Blacks tally, it was Trinity FC who for the second time in the game pulled level with another opportunistic goal, made possible by shocking goalkeeping, which in the context of a friendly was let off with a less than painful banter.

And just when it looked like the game was headed to a score draw, Satoki Yoshida kept his cool and composure, reacting fastest to net the winner with just minutes to spare on the clock against an unsuccessful chorus of clamour for an offside decision.

In all accounts, it was not a pretty Hilderinc display, but with TFC providing quality challenge on a unless than prefect pitch, it was a profitable outing nonetheless, as all focus and preparation is being geared towards the double bill against Division 4’s top side, FC Alzya, coming next month.