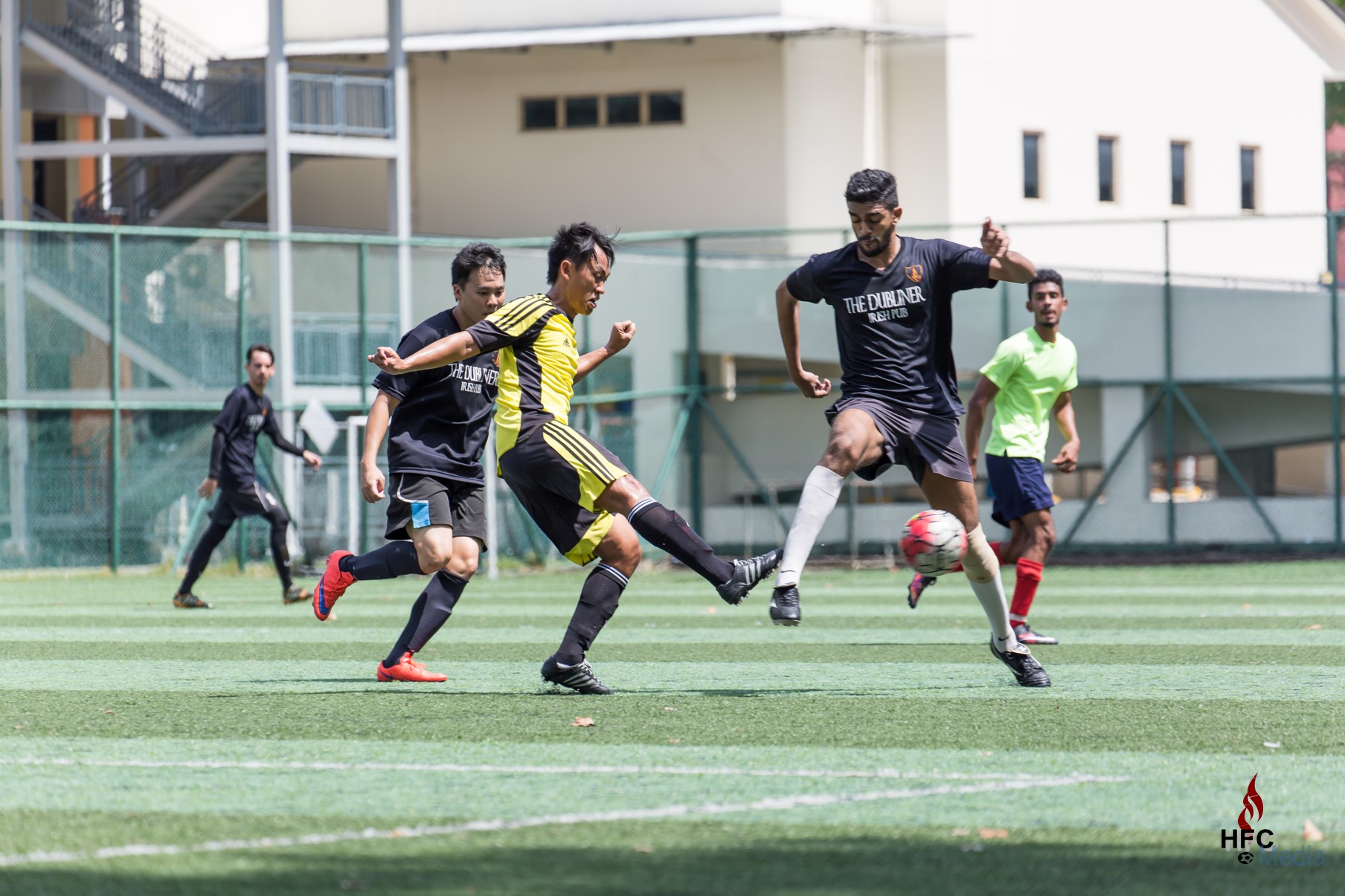 Hilderinc FC at long last halted their wretched run with a zealous display against The Legacy FC in their return to league action after two months away from the ESPZEN Sunday League 24 due to their preoccupation with their debut in the ESPZEN Champions Cup amongst other reasons.

Stretching to late November 2015, the Blacks incredibly endured a dreadful ten game winless run over the span of two seasons, their worst in their history.

Having played just two games in the current campaign so far, the Hilderincs sought to make the most of the saving grace offered by the games in hand to the rest of the teams in Division 4.

However with four late withdrawals before kickoff, they were forced back to the drawing board, a repetition the Blacks have been frustrated with in the recent months.

Despite being the envy of many teams with their stock of goalkeepers, the Blacks were forced again into the corner with Logaraj Sundram, scorer of 63 goals in over 115 appearances and top marksman in four seasons, between the sticks as an emergency stand-in keeper, another source in the Hilderincs irritation.

Adopting an “old fashioned” approach, the Blacks started the game a stride more settled than The Legacy, pressing high up the pitch, aided by the incisive backline and industrious midfield, but were forced into an early change when Serhat Dalbeyler was forced off with a back injury, adding to a growing list on the treatment table, another disruption to the Hilderinc cause.

The forced substitution had little effect on the flow of the games as the Hilderincs maintained their poise and deservedly went ahead on the 25th minute with a well worked goal after Denis Lobov released debutant Jun Young Baeg, whose planned bow was washed off by a thunderstorm a month ago, showed great composure to pick his spot for his goal.

Following efforts from Denis Lobov and Gabir Nabil, the Blacks were denied a certain second goal when Ian Morris’ attempt from an audacious angle indisputably crossed the goal line beyond the keeper, even after the desperate clearance by a defender at the second attempt.

But with all in presence, including those living in the apartments around, accepting that the ball had crossed the line, the referee denied knowledge of it, only to admit later that he did not expect the change in flight of the ball and had made a mistake, leaving the Blacks with a slender lead going into the break.

With a patchy calendar so far and a recent two week break, the second half was a different proposition as the Hilderincs took to defend the lead without much productively in attack, though it amplified the Hilderinc defiance against the odds in the face of a younger and ever willing opponent.

Though unglamorous at most parts and self-inflicting at times, the Blacks were an obstinate outfit as they threw themselves to defend their lead, signally a return to their famed defiant spirit of old, even in face of fatigue and limitations.

Though chances were few and far in between, Alex Wong came inches from settling the tie when he picked up a loose pass just outside the box, only to see his shot flash wide with the keeper well beaten.

Still there was no denying the brave Hilderincs their first win of the season after a curious first two games.

And with campaign soon to pick up pace, the Blacks will need to work overtime but will have positives to build on from this important win.