The Curious Case Of Two Halves 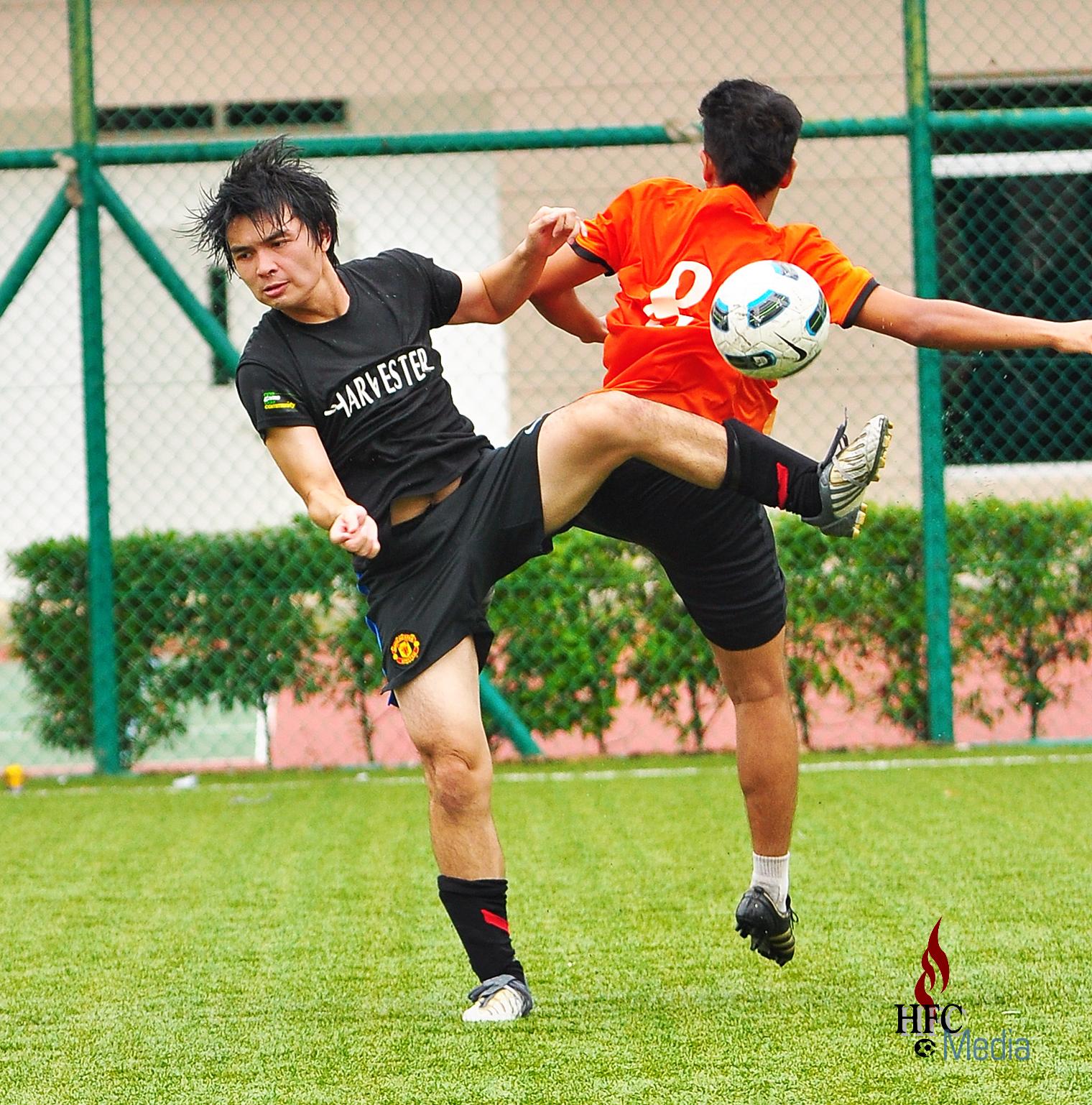 The Blacks’ bland start to the season carried into the second successive game when they fell to another surprise defeat against Division 4 newcomers, That Team, in what is best described as another confusing performance.

In a deliberate attempt to counter a younger opponent, the Hilderincs opted for an direct approach, with Mitchell Keh, Peter Wang and Maxence de Poulpiquet spearheading the three prong attack behind Ian Morris, while Sunny Tharidu and Rama Witjaksono, provided the midfield steel in front of Benoit Herbaut, Nicholas Ledenmark, Alex Wong and Victor Gutierrez.

While the Blacks were the better starters, That Team’s one track play of launching the ball up to chase approach got them flatfooted, leaving them a needless and avoidable goal down inside the first ten minutes.

Responding proximately, the Hilderincs came close to the leveller, with Maxence de Poulpiquet, Mitchell Keh and Ian Morris, asking the questions early on with some nifty attacking display.

However, unnecessary bother prompted the Hilderincs to make an early switch, with Daryl Wong brought on to sure up, and as well as to keep the Blacks on the front foot.

And that was what the tenacious midfield did with almost his first touch of the ball; sending Maxence de Poulpiquet through with a finely weighted ball, only for the Frenchman to be apprehended in the box, earning the Blacks a penalty.

Without the usual contest for penalty duties, Ian Morris stepped up and duly dispatch the spot kick into the bottom left right corner, to bring parity to the scoreline.

Pinning That Team inside their own half, the Blacks were a constant menace, leaving the opponents to scramble wandering balls for the Hilderinc defence to deal comfortably with, as they passed and moved their way around.

It was with these seamless passes that the Blacks split open That Team, and Daryl Wong’s industry was rewarded with another penalty when the midfield’s cross was handled inside the box.

Skipper Ian Morris, stepped up once again but while his penalty beat the keeper, it smashed against the crossbar, a miss he would go on to rue.

Playing in torrential downpour, the game lost its value in the second half, as it got scruffy, with both teams scrapped for control, especially when the weather turning against them.

Lim Yong Kiat’s perturbing collapse midway through the game added to the drama, forcing the Hilderincs to replace the keeper over concerns for his well-being, with Owen Warne for his debut.

Things never took off for the Blacks from there on, as they conceded a messy goal and as they threw everything for the equaliser, they were hit with a late third, ending their resistance once and for all, and with the rain lashing, they had nothing left to offer than end the game in a limp.

It is back to licking the wounds for the Hilderincs, as they take a break from league action and focus on their debut in the ESPZEN Champions Cup, a week on.