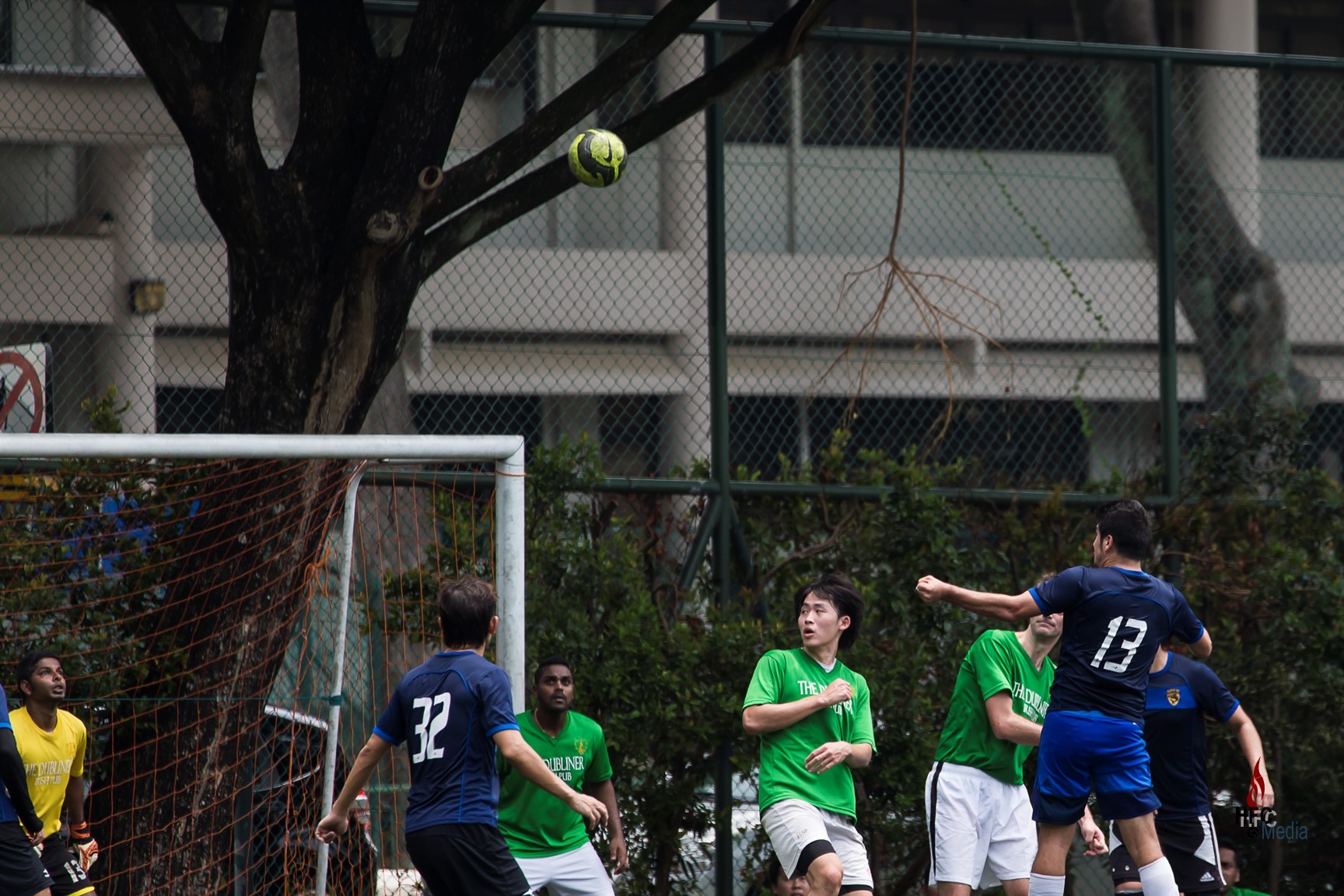 Two careless goals from corners, either side of the half, handed Hilderinc FC a narrow but irritating defeat against rivals, Singapore Panthers FC, in the opening game of the ESPZEN Sunday League 24 Division.

A win, an imperative for both sides after a less than convincing pervious season, meant that there was a tentative start, especially since the weather was playing its part in adding to the toils.

However, it was the Blacks who grew into the game and were brighter of the two, as they took the edge to keep the Panthers pegged in their own half, pressing high and limiting the latter into untogether pursuits.

Having be part of each other’s passage over the past number of seasons, both teams were at ease cancelling each’s intent, as the game moved into a midfield battle, while occasional fray into the respective final third was dealt effectively.

With the Blacks’ defensive quartet of Adib Alias, Denis Lobov, Sunny Tharidu and Basil Al Barr, dealing excellently with the Panthers, they pushed to be a constant visitor in the Panthers’ potion of the pitch.

They were therefore delighted when, Bayu Tanmizi, taking his chance with a long range effort saw his well struck shot slip through the hands of the Panthers stand in keeper, for his first ever Hilderinc goal, putting the Blacks deservedly ahead.

As much fortune had its hand with the Hilderincs goal, it decided to hold back on its affability when Sunny Tharidu was denied a speculator goal, with his attempt from the middle of the pitch smacking against the crossbar, and with the keeper well beaten, Gabir Nabil’s follow up was ruled offside.

The Blacks had a couple of hearts in the mouth moment when Panthers breached the defensive rampart only to be denied by the last ditch collective heroics from their plucky backline, who threw themselves in front of what would have been certain goals.

For all the brightness, casual defending of a routine corner would undo the hard work, as the Hilderincs allowed a simple header to find its way into the back of the net, giving parity to the scoreline.

Player of the Season for the last campaign, Gabir Nabil, came inches from giving the Hilderincs the lead with two long range shots, but could only see them drift agonisingly wide.

Though both teams went into the break level on goals, the Blacks were ahead slightly on technical points, having taken the game to their opponents and having had more attempts on goal.

The first chance of the second half fell to the Blacks when Alex Wong’s freekick, deep in his own half was flicked onto the path of Logaraj Sundram by Ian Morris, but the forward lashed his shot well over the crossbar.

Frustratingly, it was a repeat of shocking and unforgiveable defending again that allowed the Panthers to head into the lead from another, otherwise, straightforward corner early in the restart.

Undaunted, the Hilderincs were up and about trying to force the issue, and Bayu Tanmizi was denied a goal of individual brilliance, when he won the ball in midfield before unleashing an unstoppable drive which the keeper did well to keep out.

Logaraj Sundram had a hatful of chances to draw the Hilderincs level, but playing with a suspect hamstring hampered his usual clinical finish, none so than at the death when he flashed a certain goal over the bar.

It was an annoying afternoon for the Blacks, who had the lion share of the possession, most attempts on goals, and both their keepers rarely untested or had to make a save, but ended on the losing side, all because of their inapt defending of a couple of predictable corners.

The Hilderinc will have to let this defeat pass and look for a quick response from the undeserved opening day defeat when the face promoted That Team FC next.