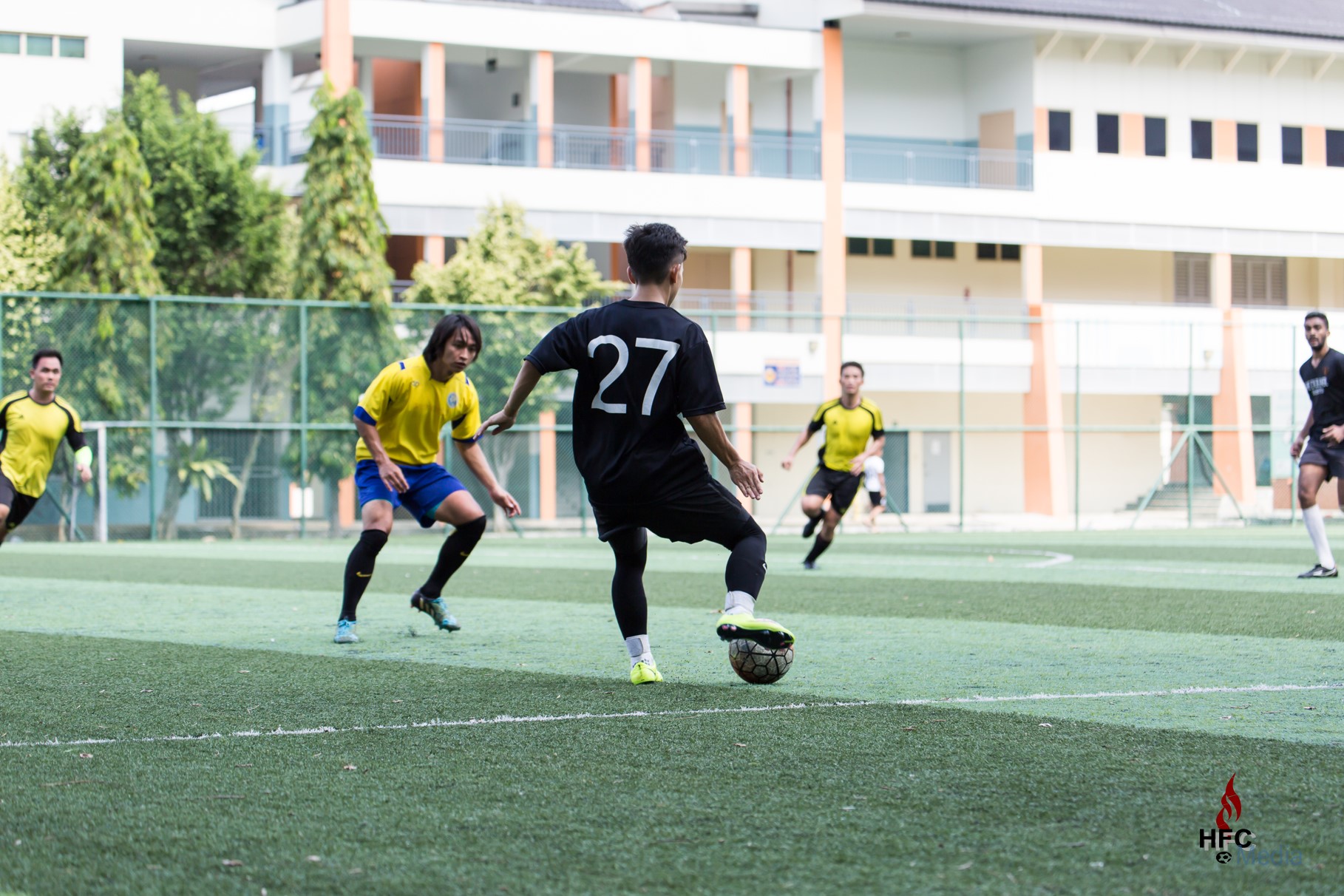 A decimated Hilderinc FC side stood shoulder to shoulder and faced ESPZEN Sunday League 23 Division 4 champions, Teban Thunders FC, in a display of true grit and exemplary character, which rendered the less than desired results insufficient on the day.

Perhaps the last game of the season attitude played a part in the unavailability of several players, save those who were out injured or missing through work commitments, the Blacks were left scratching the bottom of the barrel, especially in the defensive quarter.

Matters took a turn for worst when no less than three players pulled out within a 12hour period before kickoff, and a couple of no shows added to the dire situation, leaving the already penurious Blacks further impoverished for good measure.

Though amazingly with four goalkeepers on the books, the Hilderincs found no relief despite a late plea for an emergency custodian, leaving Nicolas Scribe, who had just returned to the side after an eight month absence, to take the spot between the sticks, while attacker, Peter Wang, made crisis induced rightback, as midfielder, Bayu Tanmizi, followed suit in central defence.

Despite the obvious want, the Hilderincs took the game to their more balanced opponents, showing no ill effects of the patchwork.

The industry of midfield duo, Rama Witjaksono and Nicolas Amstutz, aided by Guilherme Imai, kept the Blacks on the front foot, as the backline provided steely rear-guard protection, allowing Mitchell Keh, Ian Morris and Gabir Nabil to press the Thunders into their own defensive third, even coming close to taking the lead on several occasions.

The ease in which Nicolas Scribe handled his box was a launch pad for the Hilderincs to grow in confidence against an increasingly frustrated opponent, who found the Blacks complete focus and tactical team work, a hard bulwark to breach.

The introduction of veteran Kavin Singh added to the Hilderinc impudence, and whose trademark power throw-ins were a constant menace to the uncomfortable Thunders.

Taking the Champions level into the break, the Blacks, with limited resources, had to regulate what they had without falling victim to fatigue, especially on a day when the weather offered little comfort to the Hilderincs’ plight.

Reshaped, with Mitchell Keh, now playing as rightback, Logaraj Sundram and Sashikumar Mahathevan were added to break through the Thunders defences.

However, for all the hard work and brave doggedness, the Blacks found themselves two goals down, as the Thunders forced open the makeshift defence.

Full credit given to Nicolas Scribe, who produced a couple of outstanding saves, and the defenders for throwing themselves at shots to keep the scoreline within management levels, as the Blacks, collectively, increased their tempo against the odds and against a much younger and well-stocked opponent.

Heroic display from each and every Hilderinc left the Thunders with scraps thereon, while the Blacks came close to scoring through Mitchell Keh, Gabir Nabil and Sashikumar Mahathevan.

And it was the latter two who finally opened up the Thunders after a quick throw-in from Logaraj, was played on by Gabir Nabil to Sashikumar, who deceived the Thunder’s keeper with a cheeky finish.

As the Blacks finish in the bottom three of the League table, and now leave their Division status in the hands of ESPZEN, as to whether they stay status quo or relegate, the fact remains that complacency after finishing second last season, and the failure to fully recover from the opening day fiasco, which had them a point deducted, had pretty much set the tone for this season, though they tried to turn things around in earnest, the physiological ramification had already set in motion.

The Hilderincs will now start working on preparations for the new ESPZEN Sunday League season, learning from the mistakes of this campaign, vowing to be better than ever.