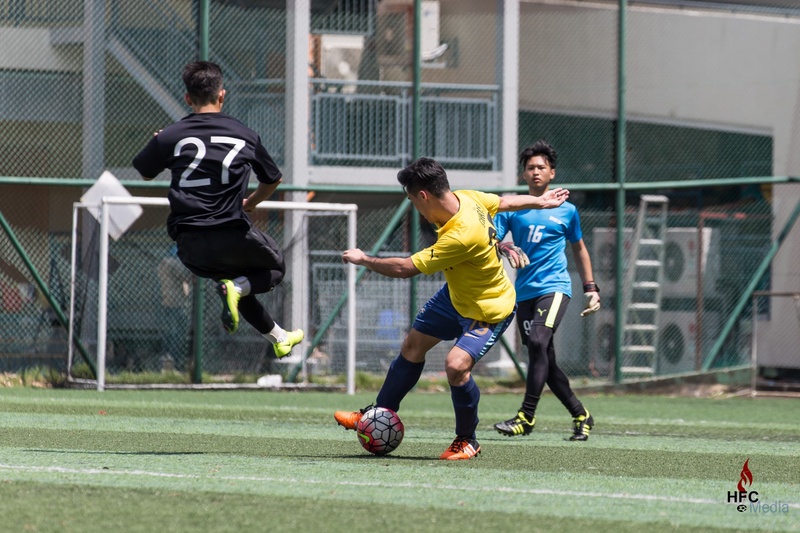 A well-deserved win against the contradicting-ly named, The Better Team FC, gave Hilderinc Football Club a shot in the arm in their quest for much coveted league points and kept them within reach their set out objectives.

Two quick goals in the second half secured all three points in a game that show the Blacks in less than vintage form, but with precious games in hand against all their rivals, the Hilderincs finished off the business with almost parochial approach.

The day started in less than glorious fashion for the Blacks, who could have had a harder labour when TBT FC came close in the opening minutes of the game, only for a splendid save for Gopal Peethambaran, who together with the post kept the scoreline undamaged.

In a choppy half, both teams had little to cheer, though Gabir Nabil, who came within inches of the goal with an intelligent lop, and an Ian Morris cheeky attempt straight from a corner, which hit the woodwork, were the only real highlights.

Encouraged by the steadfast backline and returning to their foundation of high pressing attacking football, the Hilderincs gained the upper hand in the second half, which saw them basing inside the TBT half for extended periods.

High energy displays from Mitchell Keh, Logaraj Sundram and Philip Vahn was well complimented by the rest, as the Blacks, as a collective unit, turned the tables on an opponent who looked to profit off the scraps, as they did in the reserve game.

Sashikumar Mahathevan came the closes when his quick reaction shot drifted wide off the post, with the keeper beaten.

Logaraj Sundram was next to miss twice, when Hilderincs’ Player of the Season for last term, saw his shots glide excruciatingly across the goal.

For all their positive demonstration and with the goal still elusive, a couple of hardnosed changes were rung, with Peter Wang, being one of the two who were brought on in a bid to effect the proceedings.

Like a well gleaned arrow released from the quiver, the Blacks’ latest Chinese import turned the game within a minute of his introduction and with only his first touch.

Peter Wang’s quick and precise corner was well met by Denis Lobov, who glanced in a header to add his first goal for the Blacks to his recent peerless performances, which made him the first Hilderinc FC player to be named Man of the Match in three successive games.

With the deadlock finally broken, the Blacks gave TBT FC no time to recover, when Logaraj Sundram, quick to pounce on an over-elaborate pass, raced through on goal before a collected finish.

Having scored twice in two minutes, the Hilderincs effectively ended the fight of their opponents, though they could have added a third when Philip Vahn came close with a long range attempt.

Despite the recent upturn, the Blacks are not going to run away with the emotions, but with feet firmly grounded, will look forward improve on their performances in their next two league fixtures, against The Legacy FC, whom they will face in back to back games.