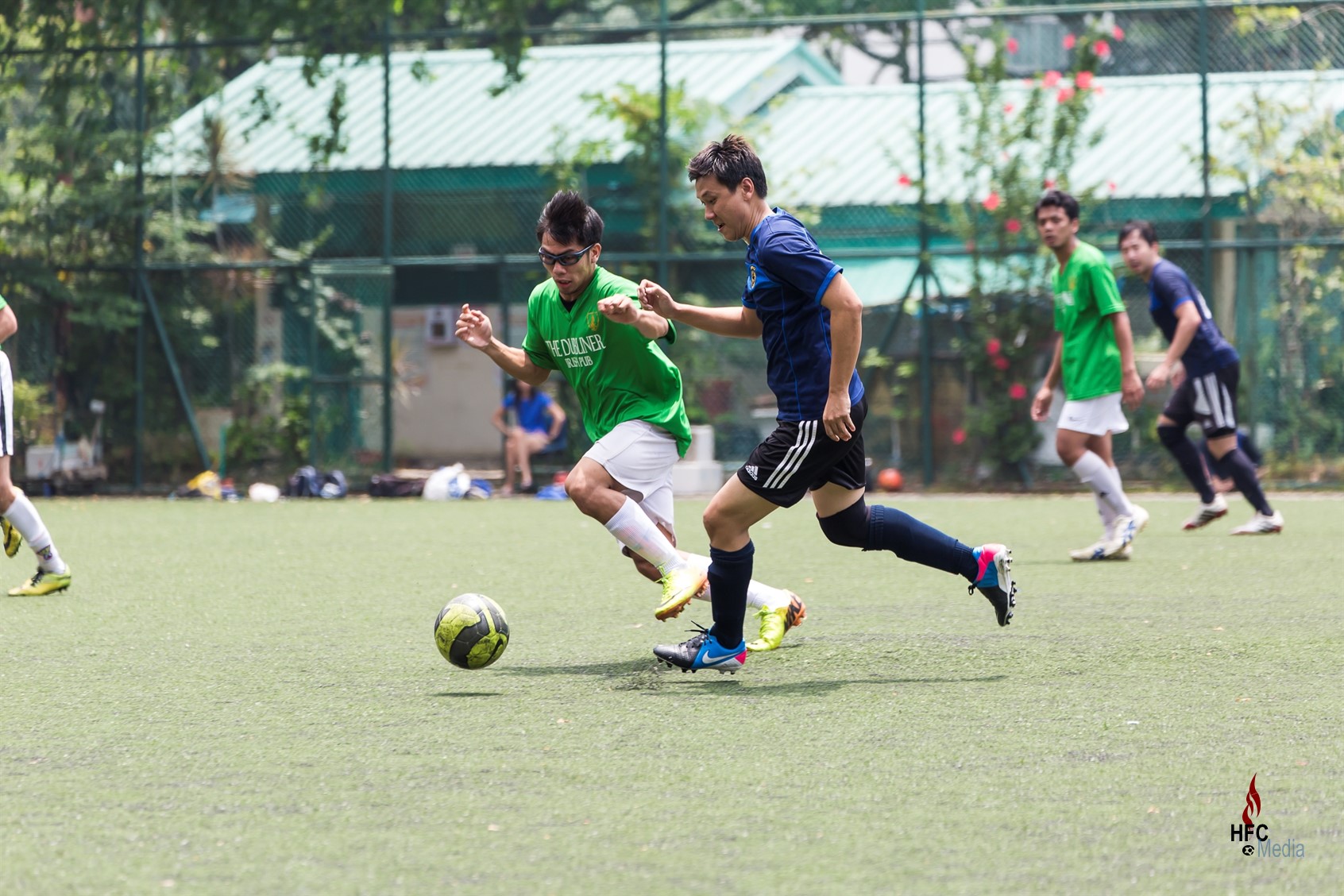 With their stuttering season still at its infancy, on the account of having played the least number of games in the ESPZEN Sunday League 23 Division 4, Hilderinc Football Club took full advantage of the break in the league fixture to play a qualitative friendly game.

In a specific bid to infuse much needed quality into a team that has looked eccentrically out of sorts since the start of the new campaign, the Blacks introduced a couple of new additions to the team, along with trialists, who looked to impress their worth.

Serhat Delbeyler, who became Hilderincs’ first Turkish player, Nicolas Amstutz, the first Swiss since the legendary Cyrill Binder, and Chinese national, Peter Wang made their impressive debuts in a finely balanced side, which was set up with youth and experience.

Entertainingly, the Blacks’ top striker, Logaraj Sundram, who had long clamoured for an opportunity to showcase his goalkeeping skills, was handed the gloves in the starting lineup due to the delayed arrival of Gopal Peethambaran.

And though his stint between the sticks lasted a mere five minutes, he bagged the bragging rights of a clean sheet and for making a fine save very early in the game, before normality was restored when the rightful keeper took his spot, and the forward replaced Ian Morris, who suffered a freak injury.

Notwithstanding the early shuffling, the Blacks were a dominant outfit from the start, as they worked the ball well in all quarters, keeping focus of the objectives laid before the kickoff.

With good understanding and seamless free flowing football with the rest, both Serhat Delbeyler and Nicolas Amstutz looked every bit a Hilderinc, despite playing their first football in Singapore.

The return of the pass and move football, which has always been the hallmark of Hilderinc Football Club, and something that had been frustratingly missing in their play for much of the season so far, proved its worth, as they keep the opponents pinned down for vast majority of the game.

However, for all their possession and opportunities to score, the Blacks had to wait for more than half an hour before they took their lead, though Serhat and Nicolas had been denied by the crossbar, while Logaraj Sundram and Sashikumar Mahathevan were foiled by the opposing goalkeeper.

The opener came from a routine corner in which the two debutants played their part with Serhat Delbeyler’s intentions was well read by Nicolas Amstutz, who tucked the ball in at the near post to give the Hilderincs the lead on his bow.

Philip Vahn, who defied the notions of jet lag, was a constant livewire, as he and Mohammad Hissham, bossed the midfield with their balancing act of tenacity and intelligence, allowing their forward line to move freely with their attacking duties.

The defence, marshalled by the imperious Denis Lobov and Sunny Tharidu were impregnable, while Alex Wong and Basil Al Barr, who had an outstanding outing, personified the Hilderinc way of attacking from the back, though the Blacks did have the ball bounce off their post and unto safety against the run of play to keep their slender lead in tact.

Importantly, the nature of the friendly meant that there was ample room for experimenting, as the Hilderincs refreshed the side and their tactics as the game progressed.

Despite the changes at half time, which saw youngsters Bayu Tanmizi, debutant Peter Wang, Sai Ganesh and potential Hilderinc Socials, Anthony Goh, added to the mixed, along with David Zheng, who joined the action in the last quarter of the first half, there was no major shift in policy, though the Blacks understandably dropped off the pace a little.

With the ultimate objective of the game being all about form, the Hilderincs stuck to it to the iota, as they grew in confidence with their depth.

As with the first goal, the Blacks extended their lead with another set piece, and Serhat Delbeyler added to his impressive debut with another assist with a well corner, which was met with a powerful header by Sashikumar Mahathevan, who gave the keeper no chance of a save.

Further attempts by Mohammad Hissham, Peter Wang and Serhat Delbeyler would miss the target narrowly, but the day was fruitful, as the Hilderincs look to take the many positives out of this game and back into the league.

While the social football playing opponents were a couple of notches below their competitive rivals in Division 4, the Blacks remain confident that their recruitment stratagem will yield its dividends, starting next Sunday, against the tough Predator FC.