While the current affairs overshadow football in every sense of the word, Hilderinc FC were given a rare reason to cheer after it was confirmed that they will retain their status in the ESPZEN Saturday League Division 1 for the new season, when it eventually kicks off at an appropriate time.

Having endured a bewildering campaign from the onset, the Blacks’ maiden expedition in the top flight would duly provide an equally eccentric finish when their final league tie against already relegated Athletic Uncles over the weekend was brought to a grinding halt by Government measures announced in the light for more pressing issues.

After having secured mathematical safety even before kickoff last Saturday after their closest rival at the basement of the table, Mariners11 FC, decided to forfeit their concluding game, the Hilderincs were keen to seal their stay in Division 1 on their own merit with a win to end the season on a positive note while setting themselves up for the new campaign on a stronger footing, especially with recent display against Honey Badgers providing true indication of their true value.

However, as with all the drama of the preceding months, the Blacks are forced to keep to the wild script yet again as they now have to wait until 9 May 2020, at the earliest, to officially put a finale to a season that has been an incomprehensible ride of tumbles.

And while one straightforward game remains, an outlandish scenario of Mariners11 FC beating on-form Club M FC by at least a 18 goal margin while the Blacks lose to Athletics, will see the them drop into bottom two to face life in the second tier; although such a bizarre situation seems remotely improbable, stranger things have curtailed HFC the past 10 months.

As nothing can be discounted in this inexplicable times, the migration of a couple of teams has given the Hilderincs another shot at redeeming themselves in ESPZEN Saturday Division 1 whatever the result of the aforementioned be.

If it is not befuddling enough, the Hilderincs’ own end of the season formalities has now been complicated by their failure to end their fixture last Saturday, as they are scheduled to start the new term a week after they end their overdue obligations of the past one, putting their pre-season programme, end of season celebration and awards ceremony in disarray, more so when individual honours are still on the tenterhook with not much between the frontrunners in a weak contest, though not reflective of the actual endeavours and earnest efforts of the players on the pitch over the course of a trying run.

Their travails, insipid in comparison to the worldwide cauldron, the Blacks, who will work out the necessary to administer these trivial inconveniences, will be glad that they have been given a reprieve to prove themselves again in the top flight, but they will have to make an instantaneous start once some sort of normality resumes in a month’s time, more so with a shorter campaign with rivals with little flaws, they will not have room for similar escape. 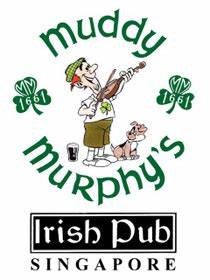