Hilderincs Face Missing Out On Objective After Another Frustrating Loss 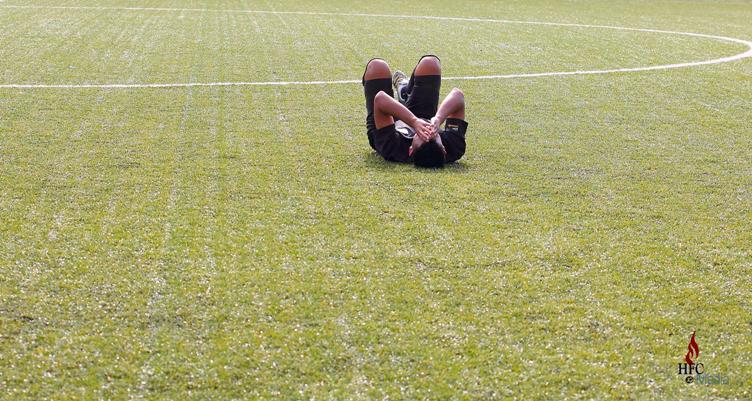 Hilderinc FC’s erratic finish to the season continued, and most damagingly, their promotion hopes took a massive hit after they suffered yet another 1-0 defeat, this time against Pacifire FC, their third similar scoreline loss, opening the trapdoor with one game remaining while the chasing pack hold the advantage with games in hand.

Having already surrendered the title challenge to Mexican Aces slightly over three weeks ago, each one of their four defeats, all coming in the second half of the season with one goal deficits, proved to be their undoing as they laboured against sides who sat back and defended to the tilt after they had taken the lead, and curiously, almost always against the run of play, and with the Blacks keepers having to do little before or after the goals.

With the Hilderincs triumphing 3-0 in the earlier meeting between the two sides, it was always expected that the opponents will be seeking redemption, and they did not fail to deceive with their start.

The Blacks, suffering the effects of a long season, running well into the tradition summer holidays and travels, already without several keys players, were forced to recall their Sunday side’s Liao “JC” Jincai in goal after Moncef Loukili was taken ill hours before kickoff, while handing debuts to Attapol Thomprasert and Alfred Toe, both thrown into the baptism of fire out of necessity.

In the face of the initial attention and pressure, the Hilderincs grew into the game with their pass and move football, but for all their endeavour, the end product came just short to make any impact, though they had good possession and control of the happenings to be unduly concerned.

However, against the run of play, the Blacks were penalised with a highly questionable penalty after JC had a coming together, and it the forward going to ground, the referee deemed it enough to point to the spot, which was converted, much to their bother.

Frustratingly, as mentioned earlier, that was the only time in the game that the Hilderinc keeper was really tested during the entire game.

Like watching a repeat of previous games, the rest of the afternoon played out in similar fashion as Pacifire FC sat stoically at the edge of their 18 yard box, while trying to steal the march with quick counter-attacks, which the Blacks’ defence did enough to nullify at transitions

But with, at times, two defenders employed to one attacker, the Hilderincs were repeated snuffed by the blue wall as they sought that one goal that would bring them back into the game to keep their objectives in their own hands.

And for all their troubles, the closest they came to a breakthrough was through a cornerkick which was nearly converted by Dionisis Kolokotsas and Nabil Zahrif, both coming close to putting the ball into the back of the net amidst the crowd.

Eventually the Blacks ran out of time and now will face a do or die situation against Glee Athletic next weekend in their final league game, who incidentally handed the Hilderincs their first defeat of the season back in March with a similar 1-0 win.