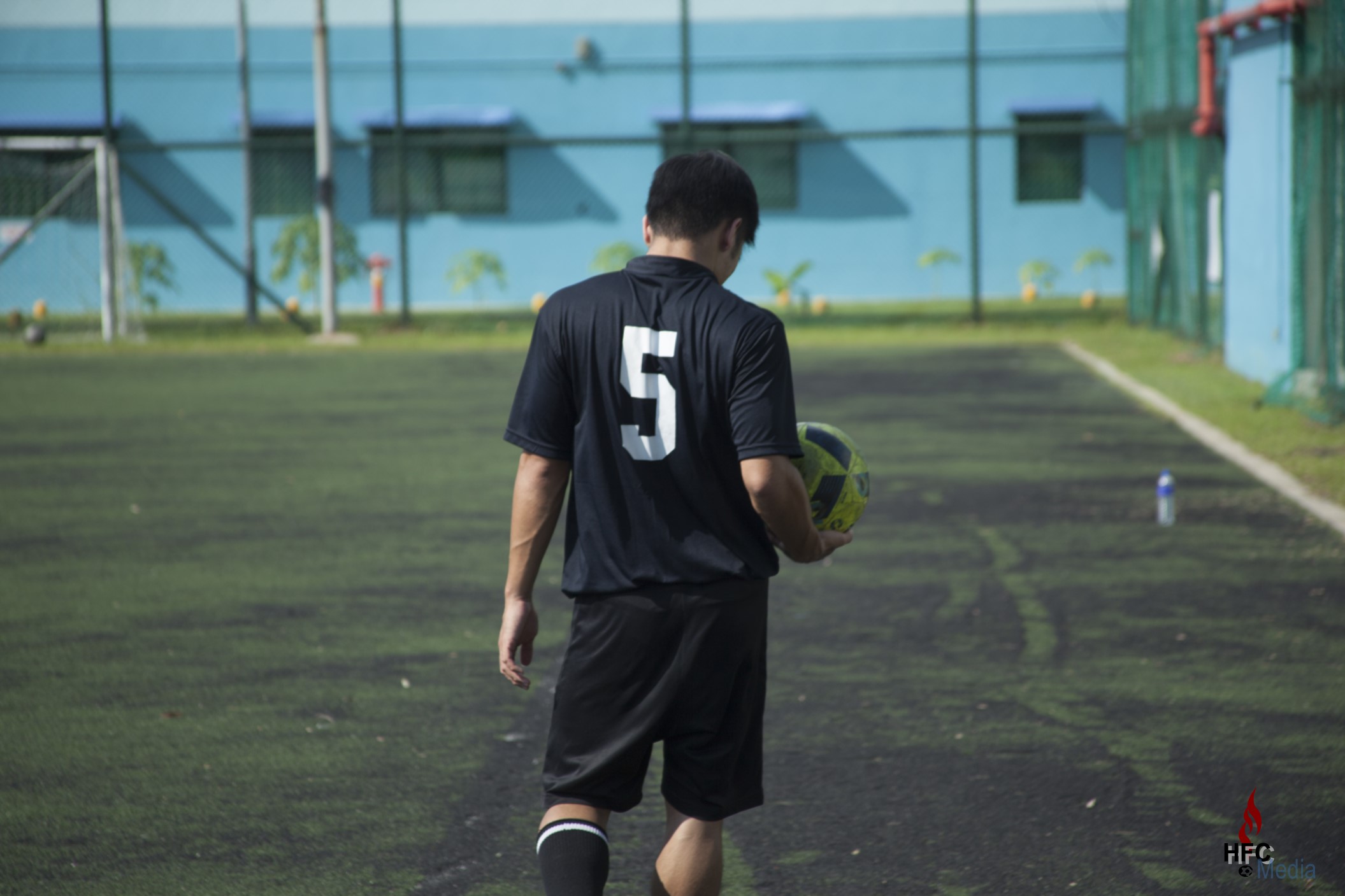 For not the first time this season, Hilderinc Football Club let slip a two goal advantage to go home without maximum points when they were pegged back by Sons of Pitches, which effectively ended their title challenge with just two games outstanding on their fixture list.

Having narrowly lost to the same opponents two weeks ago with a heavily depleted team, though the Blacks were on a much healthier stead, tardiness from repeat offenders, a recurring hinder this campaign, forced a severely not match-fit goalkeeper, Lim Yong Kiat, in attack while Sanil Khatri was unnaturally converted into a makeshift full-back, just to start the game with regulatory eleven.

However, in spite of the quandary, the Hilderincs barely put a foot wrong as they raised the ante from the start, especially Shiv Tulsiani, who looked like a man on a mission with his outstanding reading and application of the game.

With grit between their teeth, the Blacks were punctilious in their approach as they kept good shape from back to front, demonstrating their usual high level work ethics and endeavour.

But the with tie proving to be a rigid affair with both sides cancelling each other at every given opportunity, goal threatening chances were a premium, though the Blacks had better submissions for attempts on goal heading into the break.

Having established appropriate configuration midway in the first half, the Hilderincs tweaked the lineup for the restart, and it proved to be an instant trump gaining the offensive initiative pinning the opponents deep into their own defensive third.

Nico Olvera, beneficiary of the adjustment was given the freedom to effect the proceedings with his charge from a deeper starting point, and with the Spaniard in full flow, it was no surprise that he would be the one to carve the opportunity for the opening goal after having repeatedly tested the SOP backline.

Running the ball down the left flank, the attacker laid a peach of a ball across the face of the goal for Mohd Erzan to slot in at the far post to put the Blacks a goal up at the 53th minute.

Bolstered by the well-earned lead, the Hilderincs continued with their pressure and it took them under five minutes to double their advantage when Nico Olvera smacked one from outside the box to keep his terrific goal scoring record for the Club.

Looking balanced to command the rest of the proceedings, for unscripted rationale, decided to bunker in, instead of doing what they had effectively done so throughout the afternoon, though some point to injury induced adjustments to the lineup after the second goal, but would provide merely a weak reasoning considering the capable replacements that were brought on.

As with the previous games when they had lost their lead, their sitting in deep only invited the opponents to exploit the spaces that were left unplugged, but in defence of their sudden pragmatism, the Blacks had indeed played some of their best football this term when they defended much narrower leads to take all three points.

However, with the opponents trying their luck with every attempt, the Hilderincs had Lim Yong Kiat, back in his rightful place between the sticks after he had replaced the injured Moncef Loukili, to thank when he pulled off couple good saves but they also had to be grateful to the woodwork from coming to their aid on one occasion.

Unfortunately, the Blacks luck failed to hold when they were penalised for foul which looked to be on the line at the most, but with the referee pointing to the spot, they could do little than look down the barrel, which was put away with a well-taken spotkick.

And when Lady Luck decides to walk, she certainly makes sure her absence is keenly felt as SOP got their equaliser after Dionisis Kolokotsas put the ball into his own net after deflecting a cross meant for a waiting player.

Feeling aggrieved at themselves, the Hilderincs’ response was ruthlessly affirmative as they tried to wrestle back the lead, pouring forward with direct and single-minded resolve.

However, having come close with efforts from Nico Olvera and Dionisis Kolokotsas, the Blacks ran out of time and chance to close the gap between them and the top while opening the hedge door for the chasing pack, though the ESPZEN rulebook will have a significant say following basic indiscretion stemmed from complacent and inapt management of certain long serving teams.

Whatever the case, the Hilderincs will have themselves to hold accountable should they surrender both the objectives they had set themselves at the start of the season, after having conceded one following today’s result.