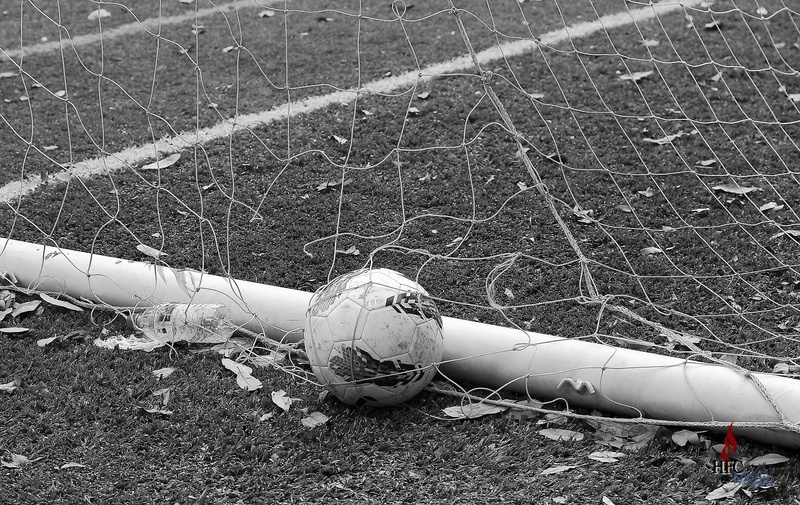 After valiant efforts against heavy-duty opponents in both the league and ESPZEN Saturday Champions’ Cup the past month, Hilderinc FC came unstuck against Glee Athletic Youths FC, whose league position at the start of the day deceived their endeavour on the day, though the Blacks would feel self-critical of losing their unbeaten start to the season with an inapt display.

Losing both Mika Michalowski and Mohd Erzan hours before kick-off rendered the Blacks shoe-strung in attack, and the late unavailability of Glenn Sandhu and Kavin Singh added concerns with defensive cover, and matters were not helped by an uncharacteristically slow start against a side would barely got their playing eleven before the starting whistle.

Looking a tab slowly against a slightly quicker side, the Blacks found themselves on the backfoot in the opening minutes and had to progressively find their cadence in a half that was more stop-start than one that was in any fluid flow.

Losing Fehd Marrakchi midway in the first period after the Moroccan failed to shake off a knee complain he picked up in the warmup, the Hilderincs were further reduced of another offensive option.

And in a half that produced little goal mouth action, the best opportunity fell to Mathieu Morand-Duval, who wriggled into the penalty box, only to be robbed before he could put in the final application.

Though plans were prudently laid out for a Hilderinc assertion on the proceedings, Gowtham Duari, who had zero saves to make before and after, had to pick the ball out of the net within five minutes of the restart after the Youths scored with the only chance they had in a smash and grab move; and with the Blacks clamouring for an unlikely foul, the goal was never going to be chalked off, knocking the Hilderincs off the stride even before they started.

Looking bereft of innovation and resourcefulness, the Blacks were projecting a hurried and unimaginative front as they tried to find a way back into the game.

And with the Youths sitting deep and crowding out spaces while looking to hit on the counter, the Hilderincs were constantly advancing and hitting the wall at the final third.

Curiously, for the second time in a row, and at the very same spot, the Blacks had to deal with a flash point, but with more common sense prevailing, the incident was limited to the referee reducing the Youths to ten men with a red card for retaliation and a yellow card to the normally imperturbable Diogo Baptista for his involvement in the affray.

For the next 30 minutes, the Hilderincs found themselves literally camped inside the Youths’ half, trying everything to find the allusive equaliser, but with the opponents equally barricaded in front of them, it was labourious siege, and when the Blacks did find a slim way through, they were twice denied by the woodwork and fraught goalkeeping, who added a good measure of time wasting, a luxury one is entitled to when clinging onto a slender advantage.

Though feeling aggrieved by the manner of the loss, especially considering the zero attempts on goal before and after the goal by the opponents, the Hilderincs will have to recompose themselves objectively and address their own shortcoming before their next game, but with a whole campaign still to play for, this could very well be a kick in the rear the Blacks needed.