Focused Hilderincs Lay Down The Marker 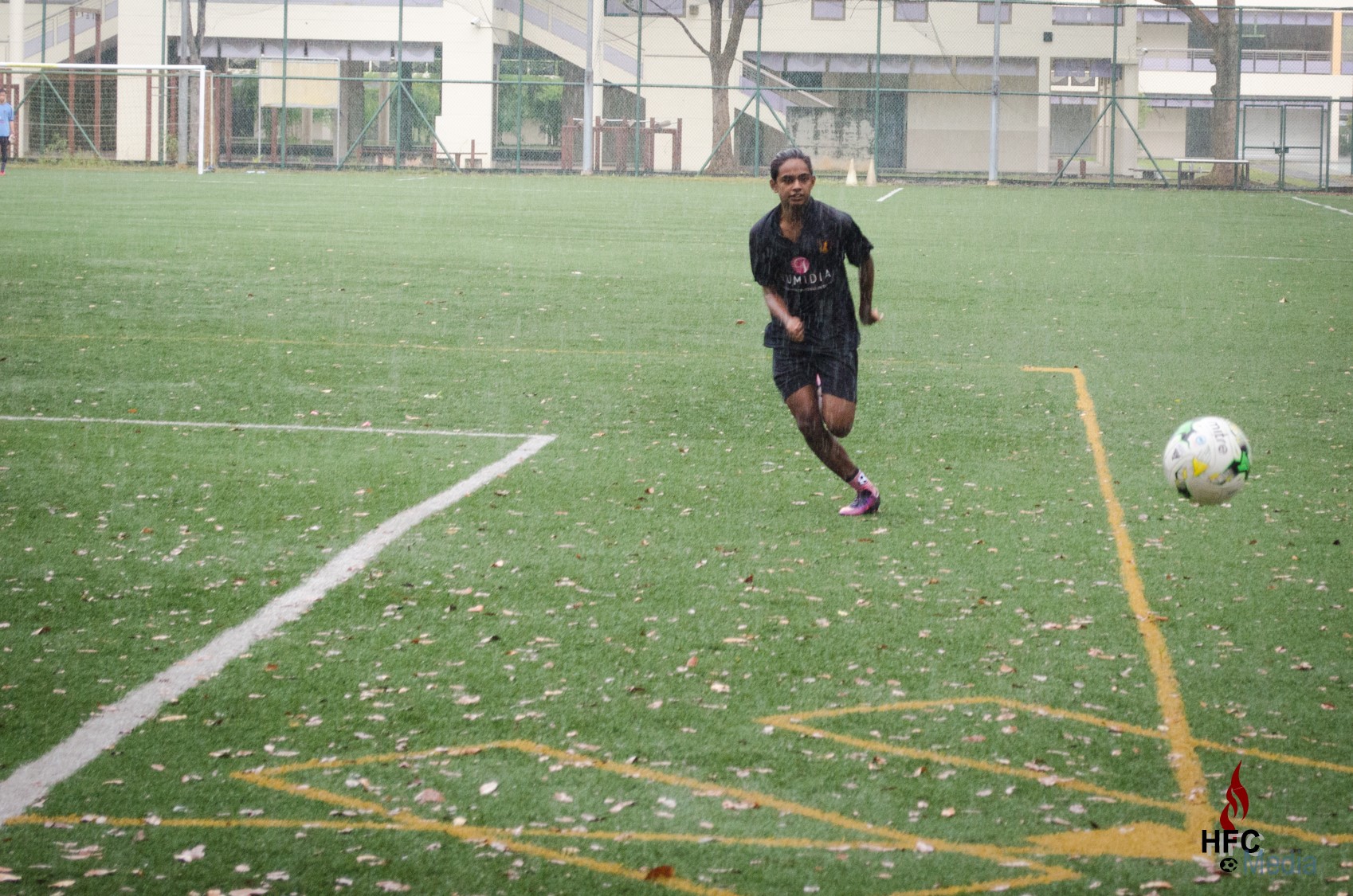 With the Ms setting the pace with a 100% start in their opening two games, it was imperative for the Blacks to show their credentials even in the early stages of the campaign.

In keeping with the objectives, the Hilderincs reported with an almost full strength, especially in midfield where the quality was at its maximum.

Wasting no time, the Blacks were on the case of the opponents right from kick off, giving them little allowance as they announced their intentions with boisterous attention and care.

Having already teased a move seconds earlier, the Hilderincs opened their account win a five pass move involving Sebastian Eraso, Sunny Tharidu and Diogo Baptista, before the Portuguese ace split the defence to find Aamir Fikri in the box for the young forward to pick his spot pass the keeper.

Propped up by a meticulous backline, the Blacks’ midfield provided the platform for both defence and attack as they kept the pressure unabated, and waited just four minutes to double their lead.

Winning a corner, Varanthan Arumugan’s header hit the underside of the crossbar before falling in front of the Club M goalkeeper, but Mika Michalowski, with lightning reflexes, smashed the ball pass the hapless custodian to send the Hilderincs into delight.

Despite refreshing the team at the halfway point, there was no let up on the relentlessness of the Blacks as they persisted with their pursuit.

Completing the 10min blitz, Sergey Darovskikh picked Aamir Fikri behind the backline and having beaten the offside trap, the forward audaciously lifts the ball into goal after seeing the keeper out of position for a early contender for the goal of the season.

The Blacks not finished with the three, could have added to their advantage before the break through Mohd Erzan and Basil Al Barr, who ran almost the entire length of the pitch only for his goal bound shot to be kept out by the legs of the keeper, for otherwise what would have been a sensational finish.

The second half started with the same intensity, though, as expected, a little more direct approach by Club M as they sought to get themselves back into the game, having played second fiddle to the Hilderincs for much of opening period.

The Blacks could have been out of sight within ten minutes after the restart if not for the M’s goalkeeper who kept the Whites in the game with a series of saves.

First denying Sebastian Eraso’s rifled long range freekick and later keeping Mohd Erzan out with his legs, and though the youngster missed a hat-trick of clear opportunities, his positional play will certainly make his more clinical as he progresses.

However, for all the pompous, a rare lapse allowed Club M to pull a goal back against the run of play, something the Blacks will want to address to prevent any repeat in the future.

Still doing his part in preventing an avalanche against him, the M’s keeper denied Nabil Zahrif as the Hilderincs responded immediately after conceding.

But the Blacks made sure of the points after Sanil Khatri threaded Sebastian Eraso through on goal, and after been deprived from the freekick, the Colombian smashed the fourth into the back of the net.

The Hilderincs were denied a penalty in the latter stages of the game when Nico Olvera looked to have his feet swept off under him, but the referee astonishingly waved away the appeals just as they were contemplating sending on Aamir Fikri to complete his hat-trick.

It was an almost perfection display by Hilderinc FC, who won the battles in every department, especially the midfield six who produced a masterclass collective game, even in rotation.

With every single Hilderinc worthy of the man of the match award, Gowtham Durai, despite being under the weather, won the accolade for his assured showing between the sticks, including a couple of saves, which were a testament to his positional acumen.

While things have just started, the Blacks will be actively working on improving themselves further as they gear up for their next league fixture, incidentally, against Club M FC at the end of February.