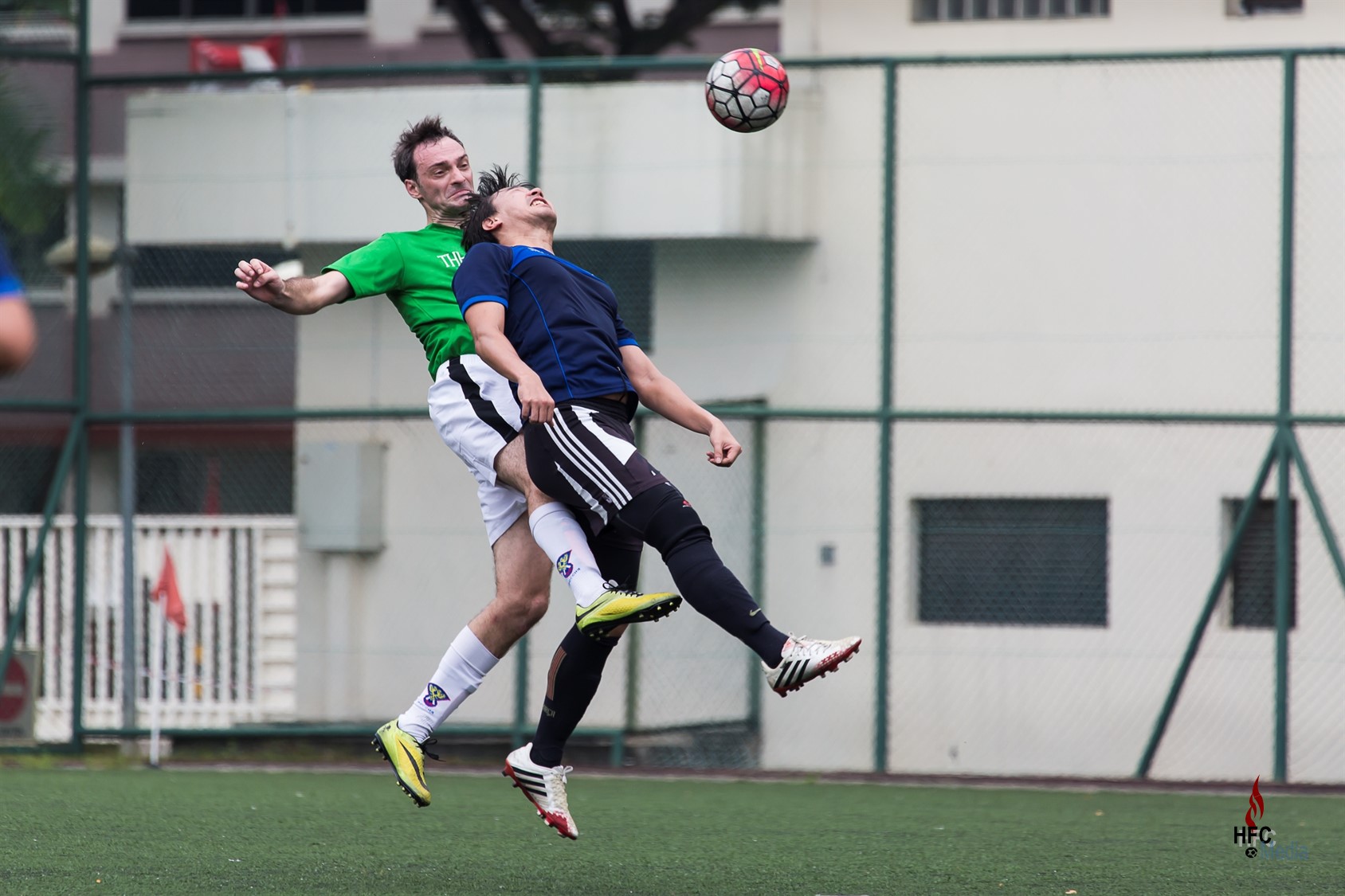 It was a day of blatant defiance by Hilderinc Football Club, who despite being severely reduced, defied the odds to overcome TGA Strollers FC in a hard fought encounter in the ESPZEN Saturday League Division 2.

Coming from the back of a baffling April, the Blacks not only disobeyed the form guide, they confronted a bogey pitch, as all their previous visits to Woodlands Secondary School had ended in limp defeats after being forced to play with equally understrength lineup each time.

Taking on an opponent eager to redeem themselves from the reverse fixture in which the Hilderincs triumphed with a solitary goal, the task was made dire when they were reduced to just twelve players after illness induced withdrawal stripped the Blacks to the bone.

However, eleventh hour heaven-sent inclusion of Sashikumar Mahathevan, Logaraj Sundram and guest reliever, Mohammad Iqbal, alleviated some distress, but the far-flung venue meant that the Hilderincs were forced to start the game with fullback Nejat Mena as a sacrificial stand-in goalkeeper while the Blacks’ Sunday side, Hilderinc Twā FC’s Danial Shadiq took on an unfamiliar assignment as a makeshift leftback.

Despite the unfamiliarity in some quarters, especially with Mohammad Iqbal and debutant Vaishakh Pillay playing in the Hilderinc colours for the first time, the defiant Blacks drew first blood within five minutes when Nejat Mena’s huge kick from goal was put away by Sashikumar Mahathevan, who sent the ball over the Strollers goalkeeper and into the back of the net with dexterity.

Also in a show of contempt to the opponents’ feeble ploy of targeting Munya Ahmed, the Hilderinc lass held her ground firmly, leaving the Strollers huffing and puffing around her without making a meaningful headway.

But for all the Hilderincs’ endeavours, though understandably uncomfortable at times, they were undone in fortuitous fashion when the Strollers took advantage of tyro goalkeeping, despite the best efforts, to level the score against the run of play.

The momentary setback failed to dampen the Hilderincs, who at this point had restored Lim Yong Kiat, Mike De Bear and Jon Loh in their respective roles in goal, leftback and central midfield, as they continued to ask questions of the opponents.

However, yet again against the run of play, the Blacks were forced back and this time found themselves behind after TGA Strollers scored from an unmarked header to dissuade any further challenges from the Hilderincs.

If going by recent history of a month ago in which the Blacks lost two of their four games after they surrendered two goal leads, one would have expected similar capitulation, but it was not that kind of a heart the Hilderincs turned up with.

In fact, it was a show of unbridled passionate response from the Blacks, who could have consumed themselves but rightly turned their sights on the Strollers.

Encamping inside the Strollers half, the Blacks turned the heat on as they won everything that came their way; every header and every tackle, while the opponents ran a sub-plot with the match official.

The breakthrough finally arrived a minute before the break when Rahmat Saring scored from an audacious freekick from the right, which deceived everyone before finding the goal like a postal order with the TGA keeper stranded.

It was a crucial break, especially coming with virtually the last kick of the first period.

The second half was a display of unrivalled Hilderinc grit in the face of limitations where they rose above themselves in an admirable team performance, giving every ounce of strength they had as took the challenge by the scuff of the neck.

Even when several unorthodox player placement were made, when top goal scorer Logaraj Sundram played as rightback, Nejat Mena turned utility player as he added rightback, central midfield and left wing to his first half exploits as goalkeeper, Ian Morris as defensive midfielder and the ever reliable Mike Rooke, doing his part in the mashup as central midfield, rightback and later back as a central midfielder again.

With the central defensive pairing of Denis Lobov and Nicholas Ledenmark in ruthless form, the Strollers found them unbeatable as well as Lim Yong Kiat was peerless with his exceptional handling of the ball.

As it was in the opener, the Hilderinc goalkeeper had a direct hand in the winner goal as Yong Kiat’s long punt was put away by Sashikumar Mahathevan in a carbon copy of his first.

Even though the Strollers efforts were speculative at most, the Hilderincs were imperious in collective defending and effort as they saw out the game for a double over their opponents.

While it is a massive win and three points for the Hilderincs, the upcoming games will be dare their resolve further, but the Blacks will certainly use this performance as a benchmark to turn their season the right way.