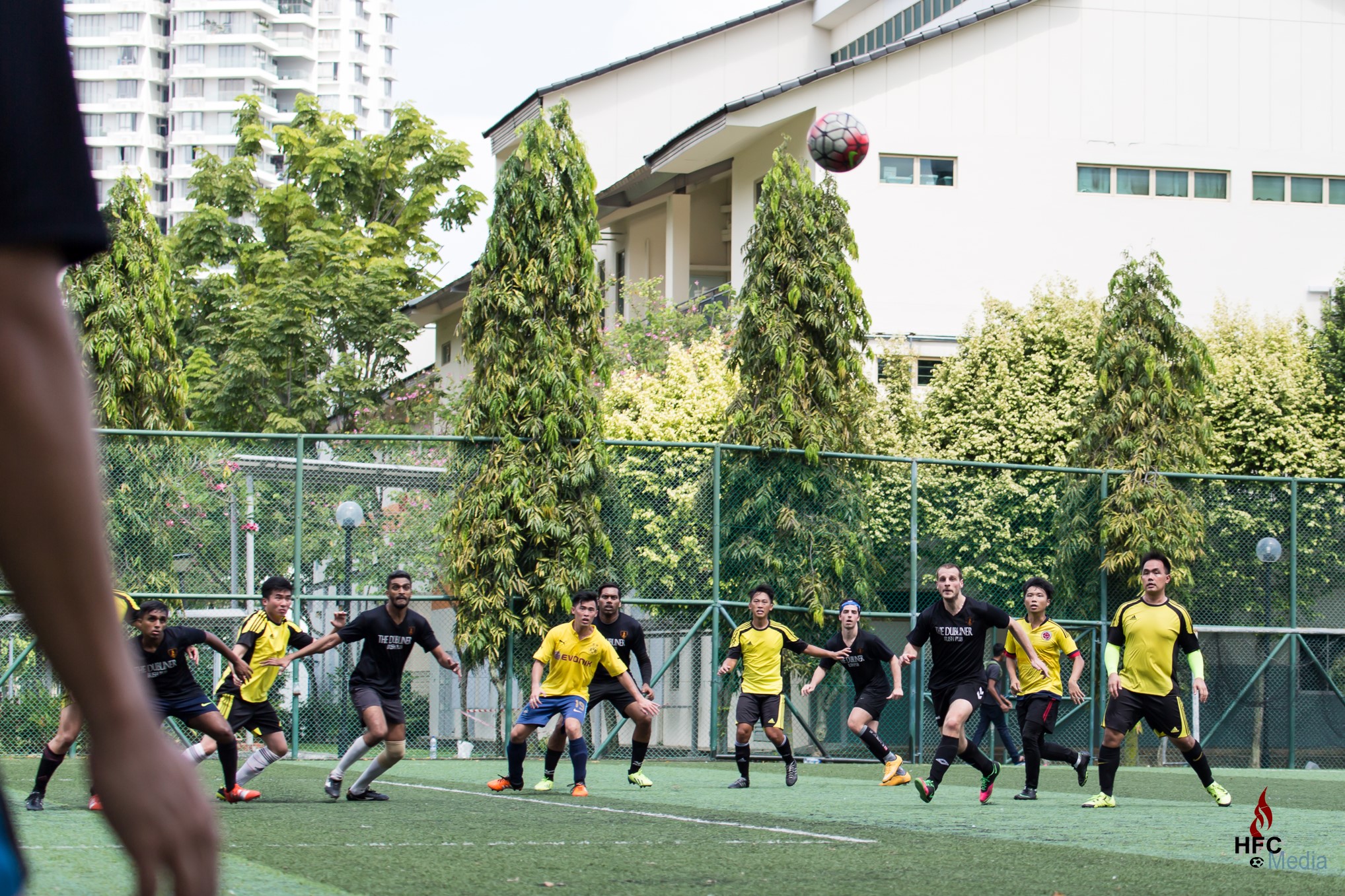 Hilderinc FC’s debut in the ESPZEN Champions Cup, the League’s version of the Champions League, came to a non-event exit when they bowed out in a frustrating afternoon of less than pleasing football all around.

Unfortunately, playing against ESPZEN Saturday League team, SOP FC, in the Round of 16 of the “most prestigious Cup competition”, both teams were devoid of acceptable quality as they struggled against the heatwave more than each other.

The Blacks who had the initial tie rescheduled to a later date due to suffering numbers faced the same issue, contradicting their overflowing turnout for the abandoned league game last weekend.

With two late withdrawals a couple of hours before kickoff, and a same player performing his usual almost weekly no show act, the Blacks were left with a restricted squad with little options right across the pitch, especially in stifling weather conditions.

It was apparent from the early caginess and sloppiness that it was going to be anything but a classic cup tie.

The first twenty minutes were a morose affair, laboured and patchy, with the only “arousal” generated both on and off the pitch was when Ian Morris was floored by a wildly feral tackle at the edge of the box which left the skipper with badly damaged ribs.

While Serhat Dalbeyler, starting his first competitive game in more than four months following his injury, came close with the resultant freekick, the Hilderincs were unable to capitalise on the opportunity.

And within minutes, the Blacks found themselves a goal down, against the run of play, when they frailly failed to prevent a speculative attempt to sneak pass them.

There was, however, a positive response from the Hilderincs after the water break, but they hit the post with close range shot from Serhat Dalbeyler, as with many previous episodes, the woodwork was to be unkind to the Turkish midfielder, denying him yet again.

Just when there a semblance of a revived Hilderinc following the introduction of Peter Wang and Basil Al Barr, the Blacks were virtual spectators as they watched passively while the SOPs scored with another unmerited goal.

Feeling the effects of the three week break and the unrelenting heat, the Hilderincs were grateful to see the end of the half, as they regrouped.

Throwing wind to the caution, the Blacks decided to go for broke in the second half, changing the formation and intent.

Despite playing several in unfamiliar position due to the lack in ready replacements, the Hilderincs were a different proposition from the restart, with Parthiban Aruchamy, Basil Al Barr and Peter Wang gaining special mention amongst the rest.

Pinning the SOPs in the half for the rest of the game, the Hilderincs came close to pulling a goal back when a deceptive Ian Morris cornerkick was cleared off the line by a defender, while Alex Wong’s equally cheeky attempt from the other side of the pitch forced the keeper into a fine save.

However, for all the second half dominance, the Blacks were just a few fresh pair of legs short of a decent result, though they were aggrieved to know that they lost a game in which their keeper barely had a save to make.

While it will be back to the drawing board, with a serious review of the playing cast, the Hilderincs will now drop into the “Europa League”, i.e. the ESPZEN Champions Cup Plate Quarter Finals.