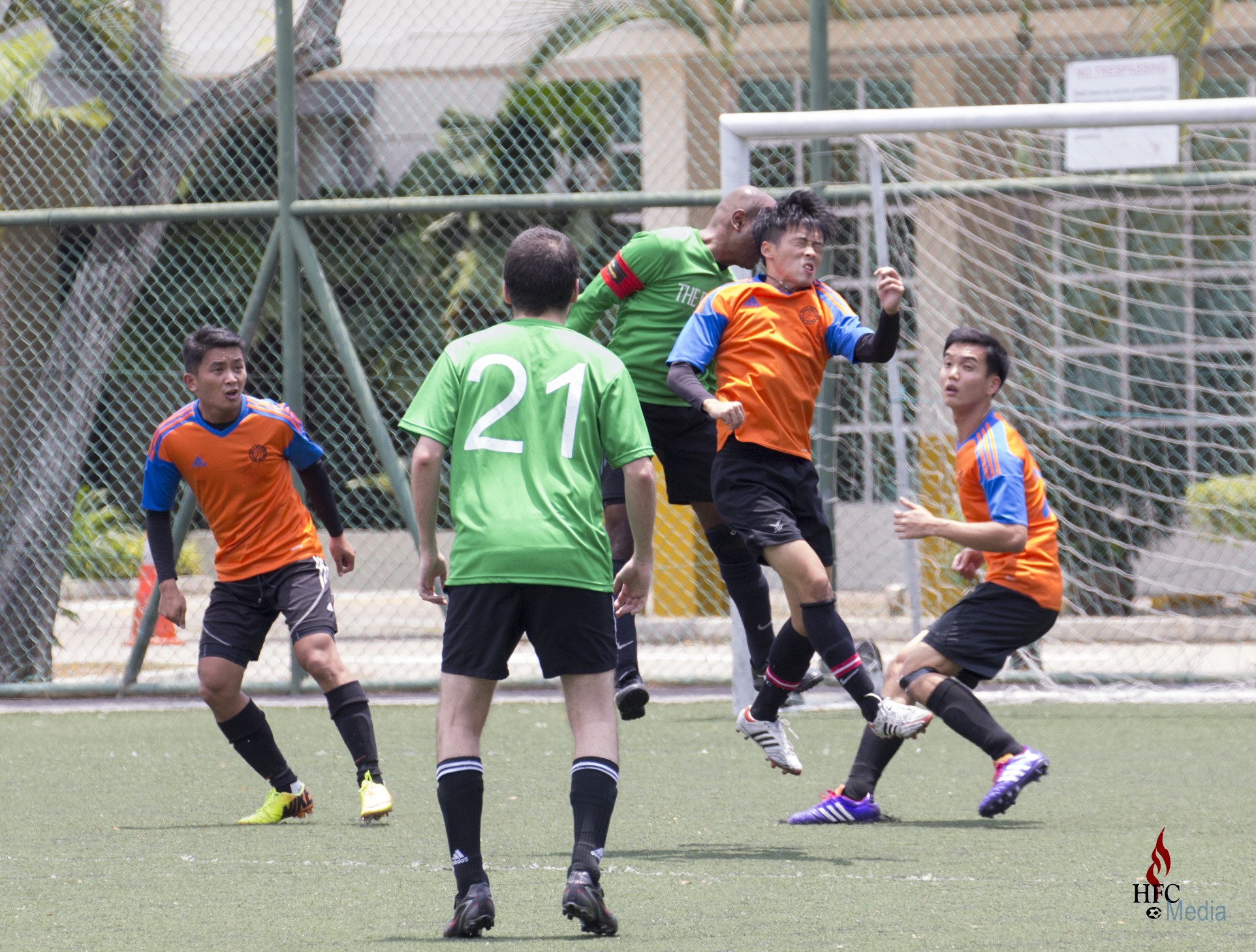 For the second week running, Hilderinc FC were denied all three points when they were held by FC Henosis, denting their league prospect, going into the tail end of the season.

With the ESPZEN Sunday League taking a three week end of the year break, the Blacks’ objective of garnering maximum point from their games before the recess took an unexpected blip when they managed only two points out of a possible nine, failing to protect their lead in all three games.

As it was a week ago, both Hilderincs and Henosis found breaking free from each other’s care a laborious task as they cancelled each other out to good effect, though both had enough chances to win the game on their own right.

In a replay of action, the Hilderincs were off to a positive start piling the early pressure on the Henosis, however, it was the latter who came closest to a shock lead when they, again in replication, hit the same woodwork for the second week running.

Within two minutes of being let off the hook, the Blacks found the way through when Nicolas Amstutz’s deft header put Gabir Nabil through, and the deadly forward could do no wrong again his former mates when he put his current side ahead with a well taken goal to continue his amazing goals to game ratio.

In a game of limited opportunities, the Blacks were slightly ahead with Maxence de Poulpiquet, Mitchell Keh, Nicolas Amstutz and Gabir Nabil coming close, but it was FC Henosis who levelled the score after static defending allowed them an unstoppable equaliser.

Cagey from the leveller, the Blacks went into self-barricade, a repeating but most unwelcome habit in recent weeks.

Peppered by needless and unforced errors, a nervy and hurried Hilderinc were fortunate not to go behind when a reckless penalty was conceded in tune to the current state of mind.

However, having already bailed them out on a few occasions prior, trialist goalkeeper, Suhairi Hassan, deepened the stakes to claim his place in the team, by pulling off a fine save from the spot kick, keeping parity going into the break.

The restart was a better outing for the Blacks, who looked a little more their usual composed self, keeping and being effective with ball, even testing the Henosis keeper far more than they did in the first half, as Gabir Nabil and Nicolas Amstutz, yet again coming close to a goal.

Assured by stability around the pitch, the Hilderincs regained the lead after Mitchell Keh got his name unto the scoresheet when he treaded the ball under the legs of the keeper for a fine finish from a move started by Sunny Tharidu’s range finder from his own half.

Having restored their advantage with five minutes remaining on the clock, and with the backline and keepers bared troubled, one would have expected the Hilderincs to cross the finishing line, but a moment of lapse and inattentiveness saw FC Henosis steal the points with a quickly taken corner, catching the defending crew unaware, forcing the Blacks to share the spoils with a team they have had some keenly fought contest over the years.

As the Blacks go into the three week break, it will be a much needed period of rest and recovery before they conclude their season against The Legacy, Singapore Panthers and runaway league Champions, Teban Thunder on their return in January 2016.