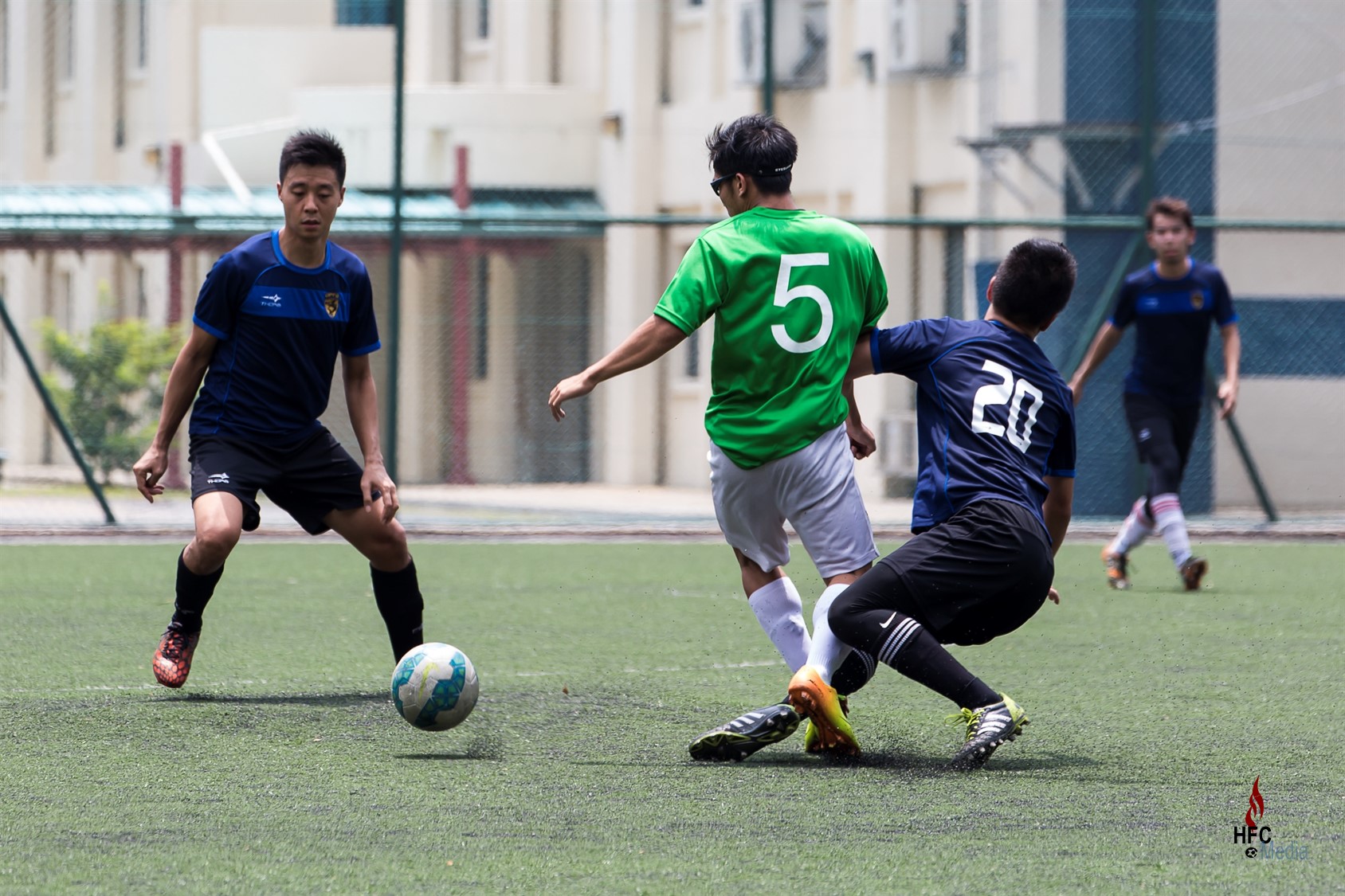 In what would have been otherwise a remarkable win over current Division 4 league leaders Teban Thunders FC, Hilderinc FC shot themselves in the foot in the final minutes to lose in the most infuriating manner.

Contrary to the final outcome, the Blacks started the game buoyantly, as they showed themselves no respecter of persons against the division’s runaway leaders, holding up against their own with their direct approach, capitalising the Thunders’ initial lack.

Peter Wang, who had an early shot blocked by his own teammate, played a telling role in the opener with this tenacious hunger, winning the ball before laying it off to Sashikumar Mahathevan, who in turn made no mistake in picking his spot to give the Hilderincs the lead inside six minutes.

Though the Thunders restored their usual cast on the pitch, the Blacks were asking all the questions of the team who are tipped for the league title, giving them no time to settle with their high pressing and quick pass and move football.

Within four minutes of the opener, the Hilderincs doubled their lead through Nicolas Amstutz, who drilled in his shot into the bottom left corner after a sweeping move involving Peter Wang and Sashikumar Mahathevan.

In a cascading display, the Blacks were only inches away from adding a third after Ian Morris’ header drifted just wide of the post after been found by a delightful Nicholas Amstutz cross.

While the initiative and poise was with the Hilderincs, the unforgiving weather played its part in the Blacks replacing no fewer than five players in weariness induced substitutions rather than one that was made due to tactical reasons, hence disrupting flow to a certain measure.

However, it was the Blacks who were still the dangerous side, coming close to the elusive third goal, which might have given a different shape to the game.

Gabir Nabil was next to be inches from finding the net, after the Egyptian profited from a defensive mistake, but was unfortunate to see his attempt escape the goal.

Limiting the Thunders to seeking a way back into the game through cornerkicks, the combination of the industry of Maxence de Poulpiquet and Serhat Dalbeyler, the defensive formidability of Dennis Lobov, Michael Shanker, Alex Wong and David Zheng, meant that Lim Yong Kiat in goal barely had a save to make, going into the break.

With already host of unplanned changes to content with, the Blacks were hit by two injuries in a space of 5 seconds when Ian Morris and Serhat Dalbeyler were taken off with a pulled hamstring and a jarred knee, respectively, with the latter coming off worst of the two.

For all good account of themselves in the first half, the Hilderincs started the second period laxly daisy, allowing the Thunders to pull a goal back within 30 seconds from kick off.

But in a show of defiance, the Blacks responded in kind in the next 10 seconds from the restart, regaining their two goal advantage after Gabir Nabil’s smart backheel was tucked away by Nicholas Amstutz for his brace.

Even with the Hilderincs facing a lot more attention from the Thunders, there was little to suggestion that the day will not be a profitable one for the Blacks, especially when they carried on with their efforts to extend their lead further, with Sashikumar Mahathevan and Peter Wang coming close, while an offside call denied Gabir Nabil a goal.

While the Thunders did pull another easy and completely avoidable goal back to reduce the Blacks’ lead to just one, with less than seven minutes on the clock, one would have put his last penny on the Hilderincs to see this through.

In an incredible and utter horrendous five minutes, Hilderinc FC, having led 2-0 and then 3-1, conceded three of the most childish and self-indulgent goals to literally throw everything they had worked hard for in 75minutes down the gutter.

Gabir Nabil’s brave attempt to fight to the end with a well taken penalty after having been brought down in the box, was just minutes too little too late, as the Blacks ran out of time to salvage anything out of the game which they should have rightfully won.

Testament to Teban Thunders’ stay at the top of the Division 4 table, they forced the issue with the Hilderincs, but in truth, it was the Blacks who gave the points to the title favourites.