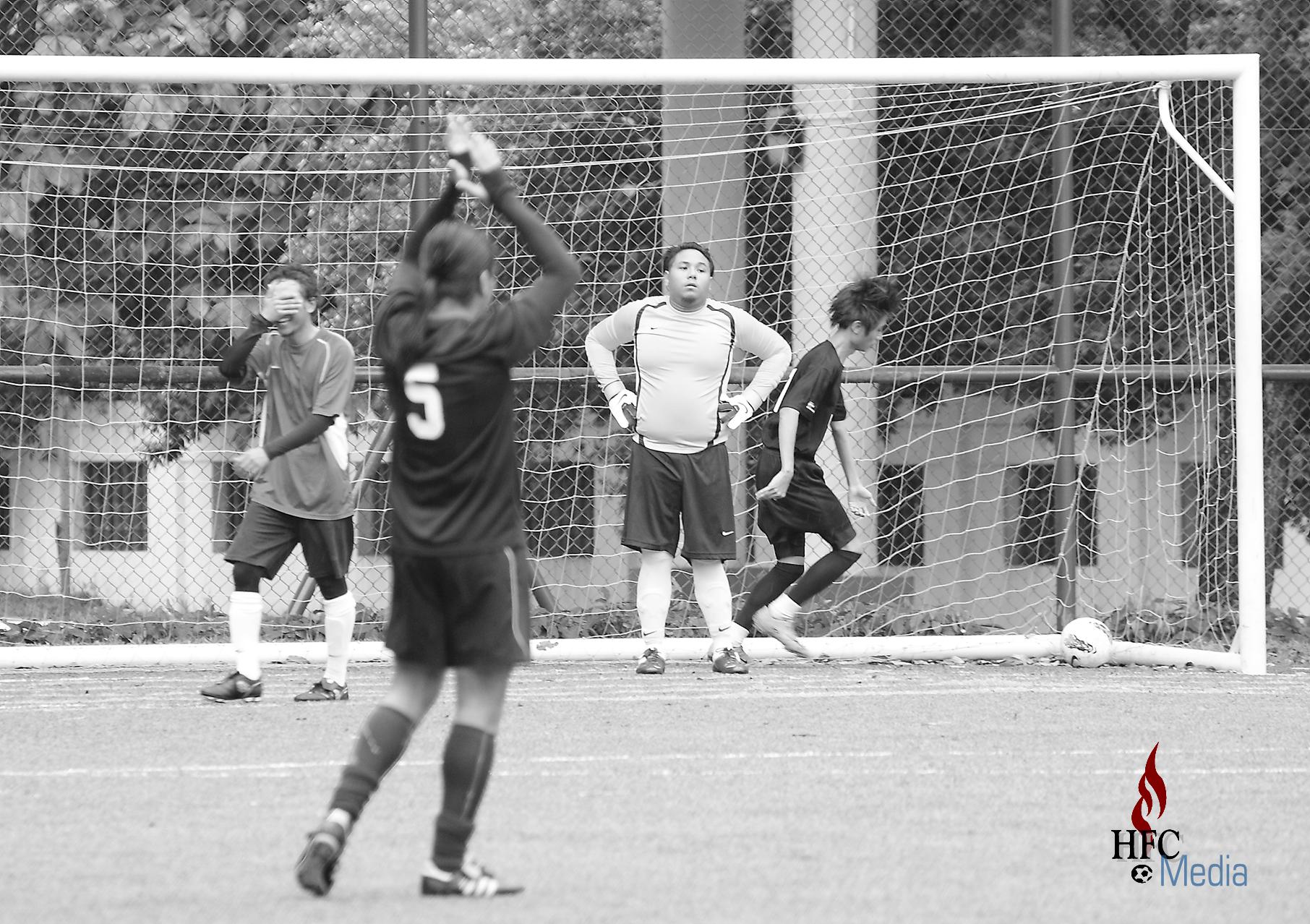 After a three week break, Hilderinc Football Club were back in action in the first of their pre-season preparation as they took on Uncaged Elephants FC in a friendly game, with the current campaign still a week from its official conclusion.

Having finished runners up in Division 5 and winning promotion in the process, the Blacks took the opportunity to get an early start in getting the groundwork ready for the new season, while their rivals played out the remaining games, with the main storyline settled.

The Hilderincs’ best of plans were given an inauspicious start when they were stripped of their numbers after a host of players were rendered unavailable for selection, a task made more daunting by the quality of their opponents.

At the start of the day, all money was on the Elephants, a Division 2 powerhouse, to dispatch the weaken Blacks, whose late inclusion of Logaraj Sundram and Chua Yuxuan, along with trialists, Philip Vahn and Andy Chang, somewhat gave a respectable guise, deflecting the severe lack in options, especially in defence.

David Zheng, whose recent conversion to fullback continued, as Ted Kaneda and Alex Wong were deployed as emergency centrebacks, with Dan Koh filling the other fullback part.

The midfield was also given an unfamiliar appearance, with debutants Philip Vahn and Andy Chang entrusted into the fray with Rama Witjaksono, Ian Morris and Chua Yuxuan, as they supported Sashikumar Mahathevan.

Having the advantage of three exceptional goalkeepers in their ranks, the Hilderincs, at the request of the Elephants, had the luxury of sending goalkeeper Gopal Peethambaran on loan to the other end of the pitch, while Leon Lee took his spot in the Blacks’ goal, with Lim Yong Kiat, delighted with another outing as an outfield player.

True to the pre-match analysis, the Elephants were dominant from the start with their well-trained football, leaving the home side looking for answers in the opening minutes.

However, as the game progressed, and most importantly, sustained by an inspirational and resolute backline, the Hilderincs got themselves into the game, matching their more illustrious opponents at every turn.

Though they were fortunate to see off a couple close shaves, with the Elephants coming within inches of an opener, first with an attempt hitting the crossbar and the second, only denied by a superb save by Leon Lee.

With growing confidence, and with Rama Witjaksono gaining more influence, the Blacks tilted the game their way, threatening with opportunities from Sashikumar Mahathevan and Philip Vahn.

In an evenly matched encounter, it was the Hilderincs who drew first blood when current top scorer, Sashikumar, opened the account with a well taken goal, to put the ball pass his fellow Hilderinc on loan.

The Blacks were in defiant mood, holding onto their lead, disobediently, as they took the frustrated Elephants into the half time break.

The second period started just as the first ended, with both teams locked in intense but munificent display of good football.

While the game opened up more in the taxing heat, both teams were quick to cancel each other out with their skills and team work.

However, despite the Blacks’ poise, two avoidable goals undid them in a matter of minutes of each other, leaving the Hilderincs chasing the game for the first time in the afternoon.

Denied a clear penalty for a stonewall handball, the Blacks were at the end of excellent opportunities, ones which would have been tucked away at ease, if not for uncharacteristic lack of composure, perhaps the rustiness of the three week break playing its part.

Despite the game ending in a narrow defeat, the under strength Hilderincs were on equal plane with the experienced Elephants, the likes of which, they will face in the new season, after their promotion.

And at the end of the day, the objectives were exceeded, with every Black proving that in spite of the odds, there was a steely spirit that they can collectively draw from, as they look forward to the challenges ahead.