HILDERINC FOOTBALL CLUB - FROM THE BEGINNING

Six guys from differnet works of life but with love for the beautiful game. We met, played and the rest they say 'Is History!'

Over the years, we have come a long way. From our days as a bunch of goof balls trying to form a championship winning team, to a talented and growing team. It has been a long but exciting adventure.

Many players have worn the famous HFC kit but we have had our fair share of mavericks.

An Italian Coach, five Japanese imports in our first season at the Agape Cup. One of the Japanese player's own goals whenever his wife comes to watch him play, a reserve goalie who cried every time he conceded a goal. We even had 'David Beckham' play for us.

Coming so close in many semi finals of the Agape Cup, Referee Eric the 'Terrible', the mass brawls and of course the wonderful players, goals and victories have been highlights over the years.

In 2010, we celebrated a decade as a team. We managed to survive where many have disappeared.

Though many players had 'grown up' and left the team, we have been getting stronger and stronger and we will continue to get stronger each year.

After years of 'nearly there', in the middle of 2012, we decided to take drastic action by changing our name to rid us of the shadow of underachievement.

After more than six months of research, on 29th January 2013, after twelve and a half years as Harvester Football Club, we officially changed our name to HILDERINC FOOTBALL CLUB as we geared towards a new era.

Hilderinc, an Anglo Saxon (Old English) word for 'Warrior' was chosen to signify our fighting spirit, which we have always displayed; even in our darkest moments.

Click here to view our Official Statement on our name change

We in Hilderinc Football Club see ourselves

·         As an all inclusive football team which embraces people of all race, language, religion and gender with the love of the Beautiful Game as our main motivation.

·         As a team who strives to be competitive and successful but an exemplary outfit in the local amateur football scene, holding fast to the values of sportsmanship as befitting our motto: “The Way of the Blacks - Passion, Determination, Chivalry & the Love for the Beautiful Game”.

In January 2011, we launched our new Club Crest. 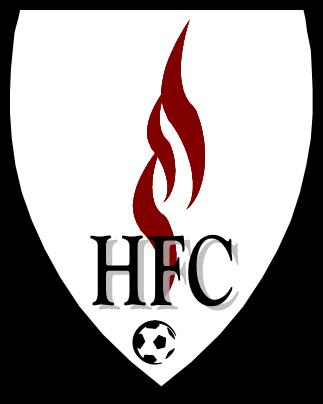 FOOTBALL: OUR LOVE FOR THE BEAUTIFUL GAME

Agape Cup was a football tournament organized by the Christian Sports Club. It was a Church based tournament but embraces all who love the Beautiful Game, regardless of race, language or religion. The tournament which was held at The Hiding Place is run in a league and knock-out format. Normally running from April to August of each year, it is the Premier League for many. Though it was Christian based, it was by no means a 'softie' league.

It was a very competitive league with many thrills and spills. Good and exciting football is played along with strict discipline, values and team spirit promoted without being too 'preachy'. Life Christian examples are encouraged through the game of football.

We as Harvester Football Club took part in Agape Cup from 2001-2011, though we did not belong to any Church or Christian group. We started as a fresh novice and have grown to be one of the top teams in the tournament year after year. Though we did not win the Agape Cup, we came mighty close on a number of occasions. Each year we set it as our goal to be crowned championship.

In 2011, after a disastrous season where we failed to qualify for the knock out stages, we decided to end our long association with the tournament. After eleven long years, we had come to a point of stagnation as a team and we needed to move out of our comfort zone in order to enlarge ourselves.

With the closing of one chapter, we opened another when on 12th July 2011, we confirmed that we will be participating in the ESPZEN Football League.

After eleven years of Agape Cup, we decided to embark in our new adventure in one of Singapore’s premium amateur football leagues.

We started our first season in ESPZEN Sunday League in Division 12  with our game on 18th September 2011 with a 6-0 win against Smartmat FC.

Though our first season did not go as expected in terms of results, we learnt some important lessons at the end of the season.

We did however have some luck in the League Cup as we made it all the way to the Plate Quarter Finals.

2011 was a year that we ramped up our image and the creation of our very own media department was a testament to that.

Officially launched on 12th August and called HFC Media, it was responsible for the management of the club’s website, Facebook postings as well as other initiatives to promote the profile and brand of the team.

The success of HFC Media was immediate as our website and Facebook page reached people all over the world. Within a month we reached our 20,000th hit and we have been receiving readership from every continent on the globe since.

Our very own Football Tutorials has been an overwhelming hit with football lovers who speak the language of football.

It has come to a point that the Club receives on an average three applications a week, from players in different parts of the world, requesting to join the team, thinking that we are a professional outfit.

Official Supporter and Partner of Kick it Out!

On 9th June 2011, we officially became a supporter & partner of the Kick it Out!, a football's equality and inclusion campaign. The brand name of the campaign - Let's Kick Racism Out of Football - was established in 1993 and Kick It Out established as a body in 1997.

Kick It Out which works throughout the football, educational and community sectors to challenge discrimination, encourage inclusive practices and work for positive change.

With this partnership, we sought to represent the Kick it Out message of inclusion in football right here in Singapore as HFC has always been a team that has represented every race since our founding in the year 2000.

To firmly show that commitment, we created history by becoming the first team in Singapore football’s history to spot the One Game One Community Patch on our sleeves during our league game Division on 25th September 2012 against APFC.

We scored another first when on 12 August 2011, we confirmed our partnership with O'Riordan's Irish Bar at Bukit Timah Road as our first ever official clubhouse. It was a partnership that brought us great support from O'Rs boss Steve Hayward and his staff especially when Steve became our Irish Lucky Charm as we would turn on a performance whenever he turned up for our games.

With closing of O'Riordan's Irish Bar for commercial reasons on 28th January 2012, we moved our official clubhouse to its sister pub, The Dubliner soon after.

It was then fitting that in February 2013, following with our change of name, Dubliner become Hilderinc Football Club's first ever shirt sponsor, having their name grace our home and away kits.

Though in 2014, The Dubliner Irish Pub Singapore closed its doors, Steve Hayward, its owner has reminded an ardent support and friend of the team, never failing to turn up for games when he can and watch out for us when if away.

Besides Dubliner Irish Pub who became the Blacks' first kit sponsor, the distinction of Hilderinc Football Club's first ever corporate sponsor would go to Funmart Events who sponsored the first ever HFC Player of the Season award in 2012 and later as, Komkommer Event.

In 2014, the awards were expanded to include the HFC Top Scorer, HFC Players' Player together with the HFC Player of the Season, given to honour the best players after each season.

In February 2014, Hilderinc Sports Group was formed to expand the Hilderinc name beyond just football and include other sports in Singapore.

With that, Hilderinc Football Club become part of HSG, as a testament and working model of what the Group intents to achieve with other Hilderinc sports teams/ clubs. Following increase request to join Hilderinc FC by players based in Singapore, in October 2014, Hilderinc Sports Group decided to create a second team, called Hilderinc Socials, to cater to non competitive football but with the given potential of the responding numbers, plans were made to eventually evolve the Socials to function as a feeder team, as well as a second Hilderinc football team in its own right.

It is an exciting project with boundless potential to benefit a wide range group of people.

Working in partnership with Dare To Dream Enterprise, managers of the HYFA, the agreement marked another milestone in the Hilderincs’ history; and in doing so, made us only the third team in ESPZEN besides, more established clubs like the SCC Tigers FC and Hibernians FC, in having their own pitch.

We kicked off our first ever game at Home against Deportivo Lions FC in the ESPZEN Sunday League 22, which incidentally was a record 8-0 win, our biggest in a competitive game.

2015 began has a watershed year for Hilderinc Football Club and their progress marked another milestone when on Thursday, 5th February 2015, the Club was officially registered with the Registry of Societies, under the Ministry of Home Affairs, Singapore.

Once considered a distant vision that was birth many years ago and has been in progress ever since, the Club was delighted to see it come to fruition at a time when it is most ready.

As an official legal entity, Hilderinc FC's desire was to add value to the Club, striving to upkeep the highest standard of the Hilderinc brand, which was has taken a lot of hard work and unwavering dedication, especially during difficult times, to attain and maintain.

With that, Hilderinc FC hopes to carry on being an exemplary football club in Singapore, both on and off the playing pitch.

Following the major revamp of 2013, Hilderinc Football Club marked another milestone in 2015 when they officially formed their first Management Committee on 16 January.

A work in progress for almost four years prior, the gathering of ten of the Blacks' key members who had been the foundation of the Club over the fifteen years was a testament that it was the beginning of a new phrase in its history, one that gathered momentum with the re-branding in January 2013.

It was also a key moment for Mahesh Sachithanadam, one of the founding members of the Club, return and take his place in the Management Committee, after having been the vice captain and coach in the past.

After the official announcement of the 1st Management Committee, Ian Morris, the Blacks’ founder, paid tribute to the ten, who through conflicts, disagreements, friendship, have never been afraid to express their opinions or advice, and have proved themselves worthy to be entrusted of the responsibility of bringing the Hilderincs to the next level.

Saturday Blacks Carry On With Their Evolution With A Win

Rebooted Hilderinc Twa Off The Mark With Impressive Display